The birth of NanoCal 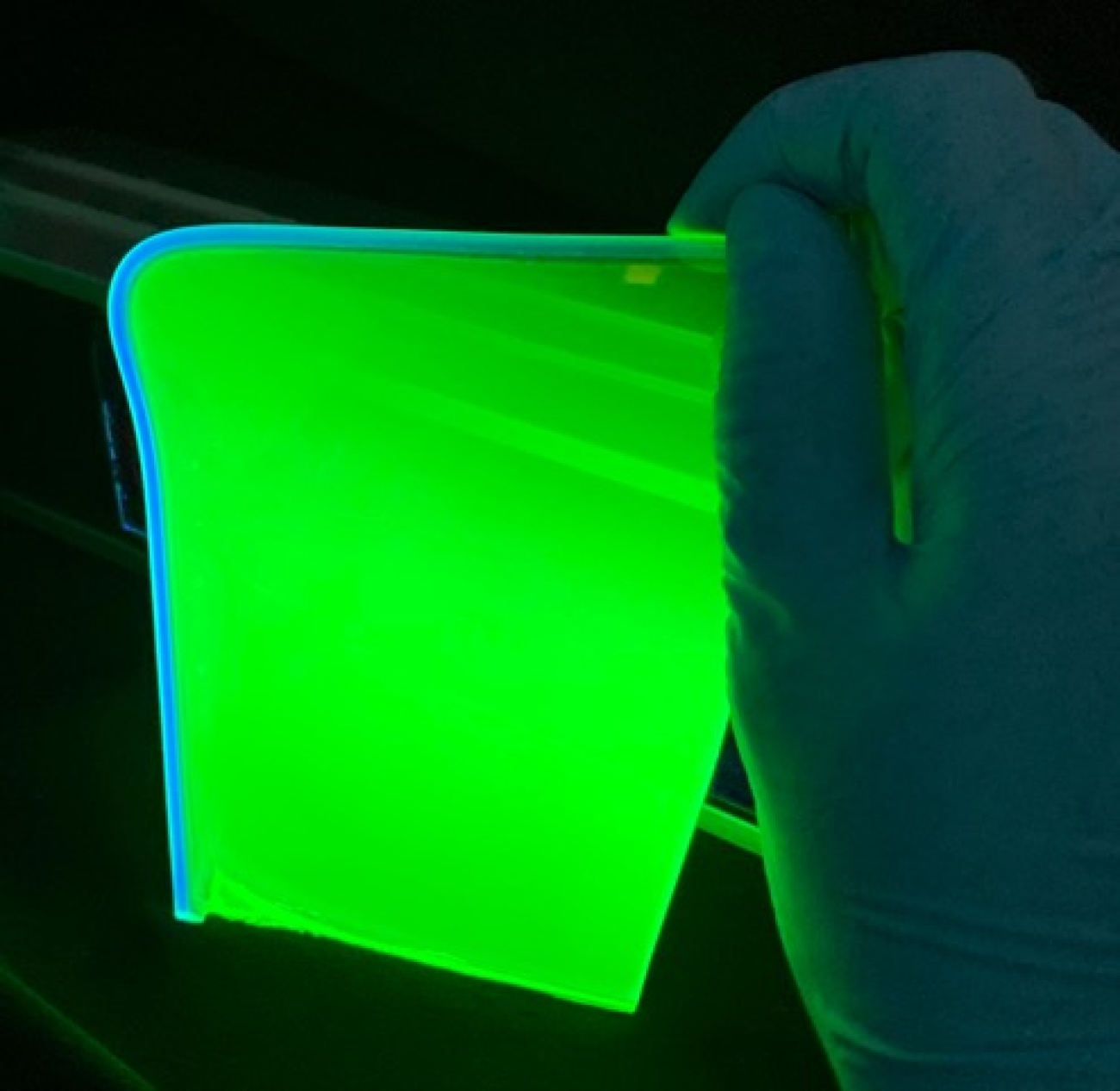 High-performance electromagnetic calorimeters often make use of inorganic crystal scintillators. Their high density makes them well suited for the construction of large homogeneous detectors where the scintillating material simultaneously serves as both the absorber and the active detector medium. An appropriate choice of inorganic crystal can provide both high light yield and fast light emission, resulting in optimal energy resolution. However, high-performance inorganic scintillators are very costly. Plastic scintillators constitute an economical alternative and provide relatively high light yield and fast timing, but because of their density are usually used in sampling calorimeters with inferior energy resolution. The AIDAinnova blue-sky project “NanoCal” will lay the ground for a new generation of fine-sampling calorimeters fulfilling the role of large-volume homogenous detectors at a fraction of the cost. These make use of innovative scintillating materials based on perovskite or chalcogenide nanocrystals dispersed in a plastic matrix to form a nanocomposite (NC) scintillator.

With O(100 ps) light decay times and O(1 MGy) radiation tolerance, NC scintillators are ideal candidates for the construction of economical, high-performance fine-sampling devices for calorimetry and high-efficiency photon detection. Indeed, NC scintillators have been the focus of much attention in the materials-science community, but almost no previous studies have focussed on the response of NC scintillators to high-energy particles. Within the NanoCal project, prototypes are being constructed using both conventional and NC scintillators, allowing for a direct comparison of the performance gains in the latter case.

The project brings together the experience at INFN in the design and construction of fine-segmented electromagnetic calorimeters with the expertise in the synthesis of nanoparticles and production of nanocomposite scintillators from Glass To Power S.p.A. of Rovereto, Italy, a spin-off company for the commercialization of nanocomposite scintillator technology for solar power generation. Measurements with the prototypes are being carried out at the Frascati Beam-Test Facility and the North Area test-beam facility at the CERN SPS. Material characterization and test-beam measurements are being performed in synergy with the activities of the AIDAinnova partners in “WP8: Calorimeters and Particle Identification Detectors”, working on innovative crystal calorimetry.

One of the most promising aspects of the use of NC scintillators is that the nanocrystals and the composites can be engineered to meet specific performance requirements in terms of emission time, wavelength and light yield. Areas of optimization include increasing the concentration of the nanocrystal sensitizer while maintaining uniformity and optical quality, decreasing the emission time, and increasing the transparency of the composite to scintillation light. Increased concentrations of high-Z sensitizer result in higher sampling fraction, better energy resolution, higher detection efficiency, and more compact designs. The same principles can be used to develop Wavelength Shifting (WLS) materials to facilitate light readout. Optimization of the NC scintillator calorimeter prototypes along these lines, including the validation of the radiation resistance of the NC scintillator components, is an essential aspect of the research programme. 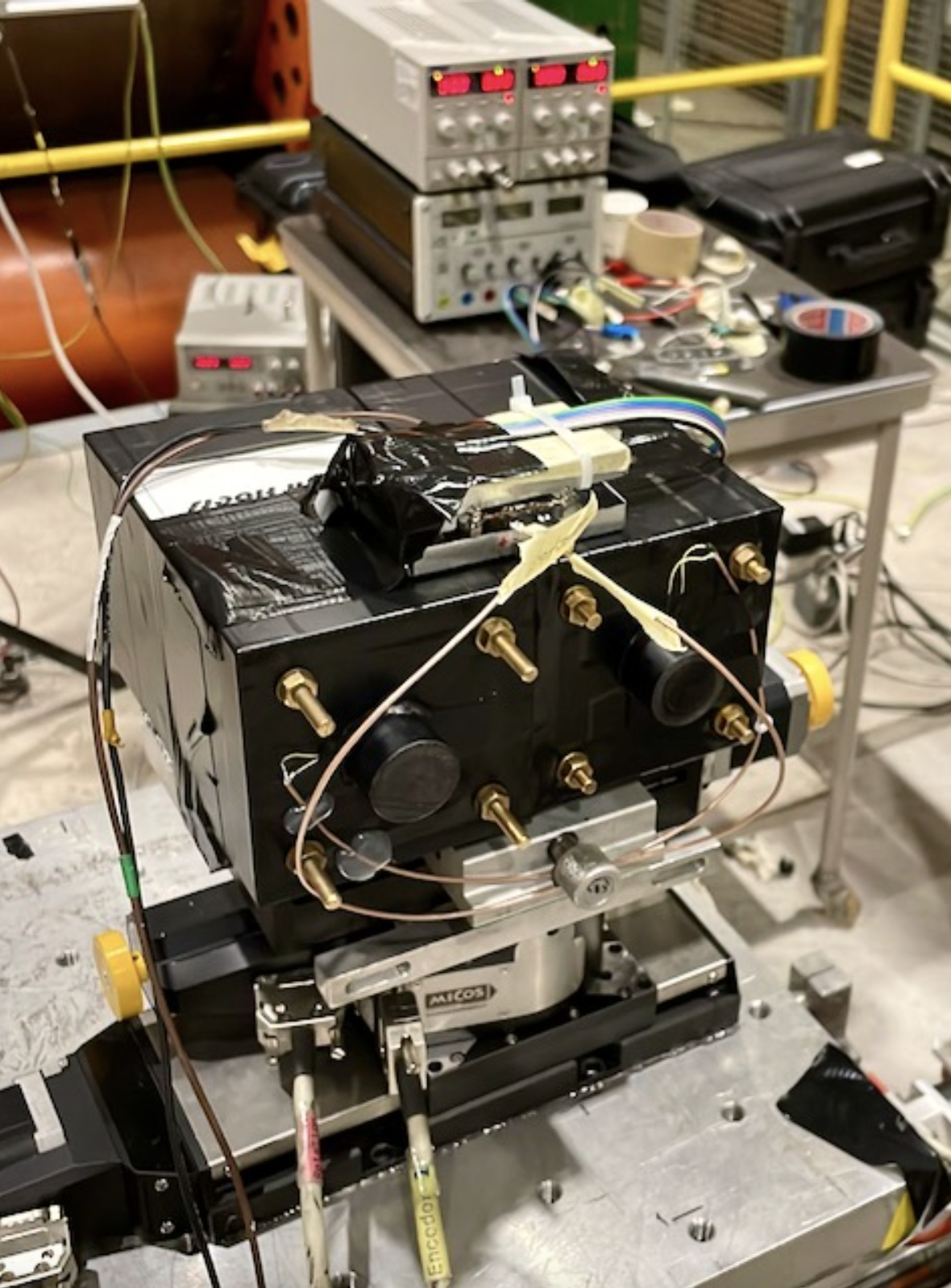 Figure 2: Shashlyk test modules during construction (top) and on the H2 beam line for testing (bottom).

The first measurements of NanoCal prototypes were carried out with high-energy electron and muon beams in the H2 beamline at the SPS in October. Two small, fine-sampling shashlyk test modules, identical in construction except for in the choice of material for the scintillating tiles and WLS fibres, were tested side by side, allowing a direct performance comparison. Each prototype consisted of 12 layers of 0.6-mm lead and 3-mm scintillator and was based on the established design for the PANDA/KOPIO calorimeter [1]. The conventional prototype was made with tiles of an extrusion-moulded polystyrene scintillator formulated at IHEP Protvino and used blue-to-green WLS fibres. The NC prototype was made with a scintillator formulated at Glass To Power containing 0.2% caesium lead bromide (CsPbBr3) nanocrystals in cast, UV-cured PMMA (Figure 1) and used green-to-orange WLS fibres. This particular formulation for the NC scintillator emits at 520 nm. It is expected to be a very fast and bright alternative to conventional scintillators; its comparatively long wavelength emission and use of PMMA as a matrix material is expected to confer good radiation hardness [2]. Figure 2 shows the prototypes under construction and on the H2 beam line for testing.

During the beam test, parameters such as light yield, MIP efficiency, and timing characteristics were measured. Both prototypes worked well. In this first test, the conventional prototype showed more light output than the nanocomposite prototype, but we have identified numerous possible improvements. In particular, the luminosity and attenuation length of the orange fibres plays a significant role. A series of further tests are planned to explore different fibre-scintillator pairings (including the use of custom-produced fibres) as well as successively optimised nanocomposite scintillator formulations. Once the optimization cycle is complete, full-scale modules of 10 x 10 cm2 cross section and 80 cm depth (> 20 X0) will be constructed and tested to obtain final results.

The development of innovative NC scintillators and WLS materials matching the performance of inorganic crystals will allow significant advances in detectors for calorimetry, tracking, and fast timing. In particular, applications are envisioned in large-volume detectors at future colliders such as the FCC, or in the nearer term, for high-rate, forward calorimetry for experiments such as NA62 and LHCb after future intensity upgrades. The technology can also be used to produce low-cost, high-performance radiation detectors for use in such disparate fields as observational astrophysics, diagnostic medical imagery, industrial control, geological survey, and nuclear security.