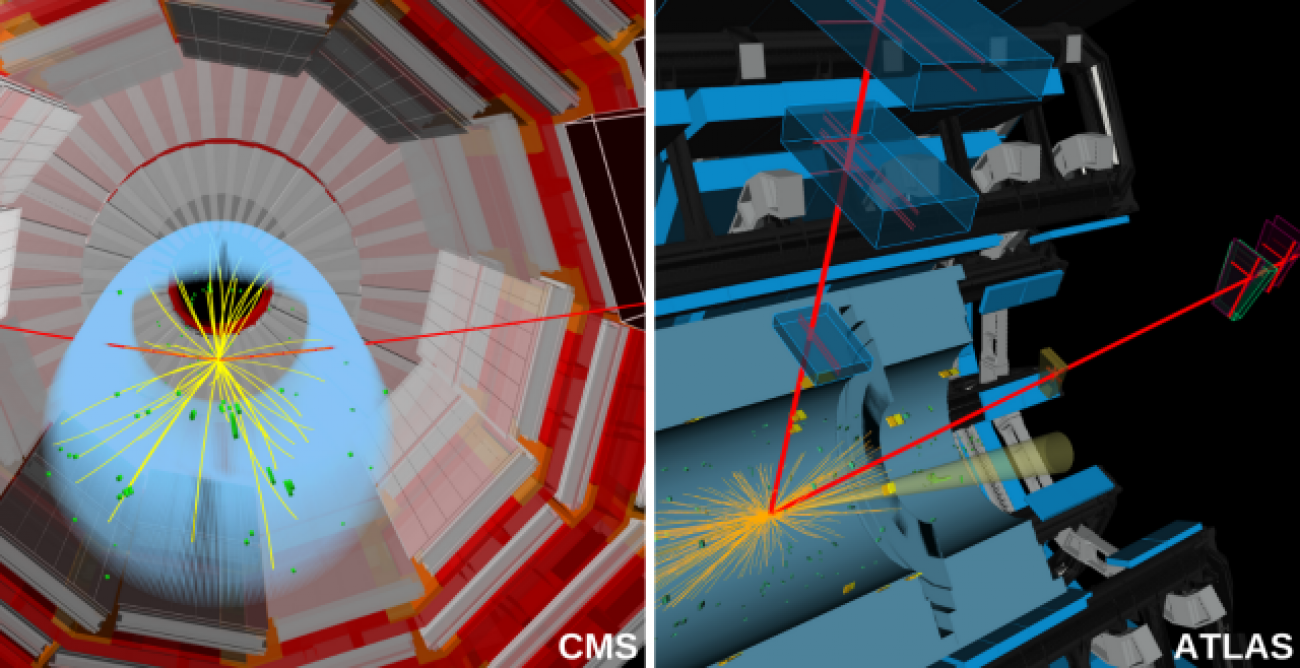 The strength of the interaction between the Higgs field and a particle determines the mass it obtains from the Higgs and it is a mystery why the interaction strength is different for different particles. This puzzle is exacerbated as the leptons, quarks and neutrinos appear to be grouped into thee different generations with hierarchies of masses. It is therefore vital to measure the Higgs couplings to test if the Standard Model is indeed describing the properties of these particles.

The physics process of the Higgs boson decaying into muons is a rare phenomenon as only about one Higgs boson in 5000 decays into muons. These new results have pivotal importance for fundamental physics because they indicate for the first time that the Higgs boson interacts with second-generation elementary particles.

CMS found evidence of this decay with 3 sigma significance, which means that the chance of seeing the Higgs boson decaying into a muon pair from statistical fluctuation is less than one in 700. ATLAS’s two-sigma result means the chances are one in 40. The combination of both results would increase the significance well above 3 sigma and provides strong evidence for the Higgs boson decay to two muons.

“CMS is proud to have achieved this sensitivity to the decay of Higgs bosons to muons, and to show the first experimental evidence for this process. The Higgs boson seems to interact also with second-generation particles in agreement with the prediction of the Standard Model, a result that will be further refined with the data we expect to collect in the next run,” said Roberto Carlin, spokesperson for the CMS experiment.

Besides its world-class muon detectors, the CMS detector uses a tracking system to measure the trajectories of charged particles with high precision. The tracking system measures muons as they pass through the very strong 3.8T magnetic field. The CMS detector reconstructs a typical muon produced in an LHC collision within 1-2% of its true momentum and with very high efficiency. These extraordinary reconstruction capabilities have made it possible for the CMS Collaboration to report the first evidence for the Higgs field's meager interaction with muons.  The measurement sensitivity has been improved significantly compared to previous results. Four separate analyses were necessary to identify candidate signal events from the different modes by which Higgs bosons can be produced. The background prediction strategy includes sophisticated machine learning techniques like deep neural networks that help to differentiate the signal from the substantial background. The characteristic expected signature of the Higgs boson decay to muons is a small excess of events in the invariant mass of muon pairs near the Higgs boson mass of 125 GeV.

Figure 1: The Higgs boson candidate invariant mass distribution for the weighted sum of all event categories. In the lower panel, which subtracts the predicted background from the data, an excess of events is observed in data that is consistent with the Higgs boson decaying to a pair of muons, indicated by the red line.

The following figure (Fig.2) compares the latest CMS measurements of the Higgs boson interactions to the prediction by the standard model. With this new result, we can examine the Higgs field interaction with masses that are more than a factor 10 smaller than before. Though the muon measurement looks consistent with the blue line of the standard model predictions, there are still substantial uncertainties that need to be further reduced.