Demonstrating the capabilities of a new GEM 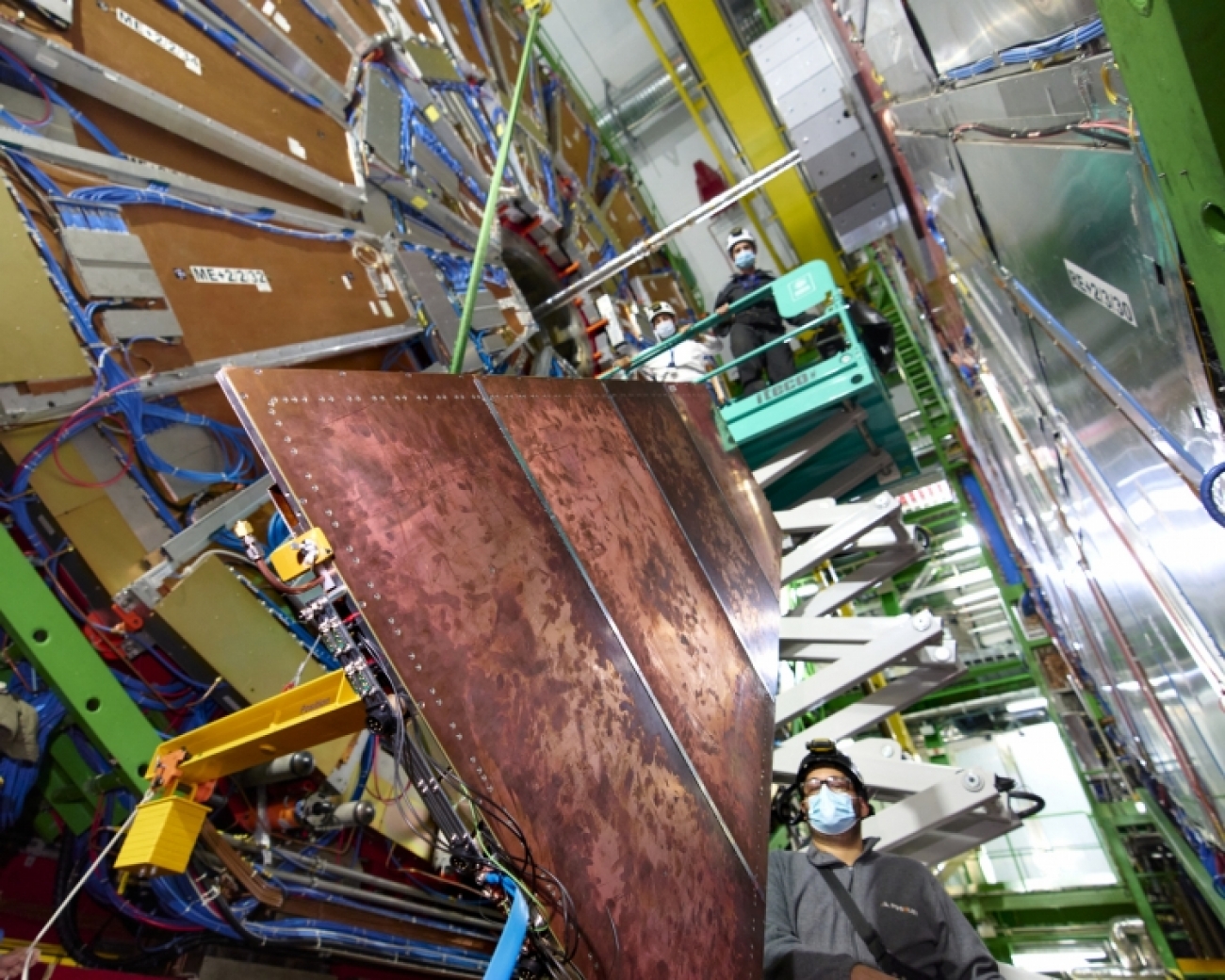 During the LHC Long Shutdown 2 (2019-2021), many subsystems of the CMS experiment are being upgraded including its muon system. This is located on the outer part of the experiment and consists of various types of gaseous chambers. The muon system should identify and precisely measure high momentum muons, as these could provide a characteristic signature of new physics processes. To do so, a precise measurement of the muon bending angle is needed. Achieving this at the higher collisoin rates foreseen for the future LHC runs requires additional layers of chambers and improved readout electronics.

In the forward regions of the CMS Muon Endcaps, two novel gaseous detector technologies are being introduced, both capable of handling high particle rates: the improved Resistive Plate Chambers (iRPC), and the Gas Electron Multiplier (GEM). The iRPC technology will be used in the two outer stations of the muon endcaps, while GEMs are being installed in three rings of the first two stations. Each detector ring requires a different chamber design given the larger coverage closer to the beam pipe.

The current LHC shutdown offers a unique chance to upgrade the detectors for Run 3. The  first GEM station (GE1/1) has already been produced and installed in the experiment in October/November 2021, and it was first exposed to low-energy test collisions during the LHC pilot beam test. The second GEM station (GE2/1) is beginning mass production to be installed for Run-4.

A CMS event display showing a J/Psi decay with the characteristic dimuon pair detected and reconstructed in the CMS muon system (shown as red lines). Highlighted in green is one of the new GE1/1 super chambers, which was traversed by one of the two muons.

A great LS2 milestone has been achieved with the installation in CMS of a GE2/1 chamber in its final version (the GE2/1 demonstrator). This gives the opportunity to test it in the real conditions at the experiment, during the upcoming LHC Run 3. Meanwhile, the rest of the GE2/1 subsystem will be assembled and validated. Operating a new subsystem in the CMS detector is no small task; with 72 GE2/1 chambers in total, there can be unforeseen challenges. During operation, the chambers and the electronics will be exposed for long periods to high voltage, powerful magnetic fields, and strong radiation. By installing the GE2/1 demonstrator as a trial run, any possible issue can be identified and solved before installing the full station.

The GE2/1 demonstrator was constructed with parts from all over the world. Subsequently, the demonstrator was tested by checking for leaks, powering the high and low voltage, establishing communication with the electronics, taking scans of the electronics with test pulses, and verifying the detection abilities with cosmic rays. All of these tests were completed in October 2021, culminating in the approval of the demonstrator for installation. This first GE2/1 chamber was installed in CMS on Monday 8 November 2021. 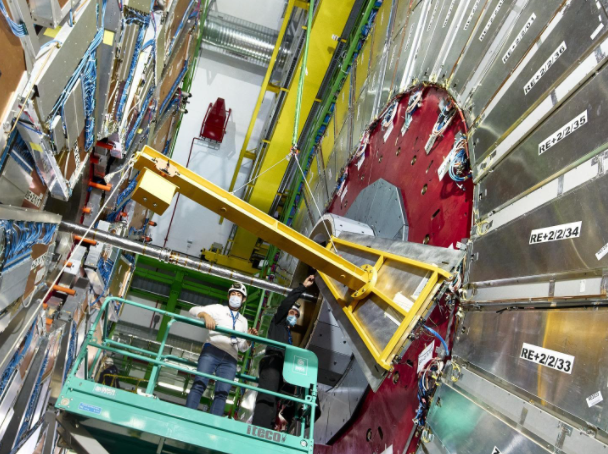 GE2/1 demonstrator being maneuvered into place on the CMS experiment.

The completed upgrades mark an essential step towards the preparation of CMS for the High-Luminosity LHC, which will continue over the (E)YETS of Run-3 and in LS3. During the HL-LHC phase, the collision rates will reach an excess of five times those in the initial LHC design, increasing our chances to observe rare interactions and continue the quest for new physics.