Discussing the physics of feebly-interacting particles 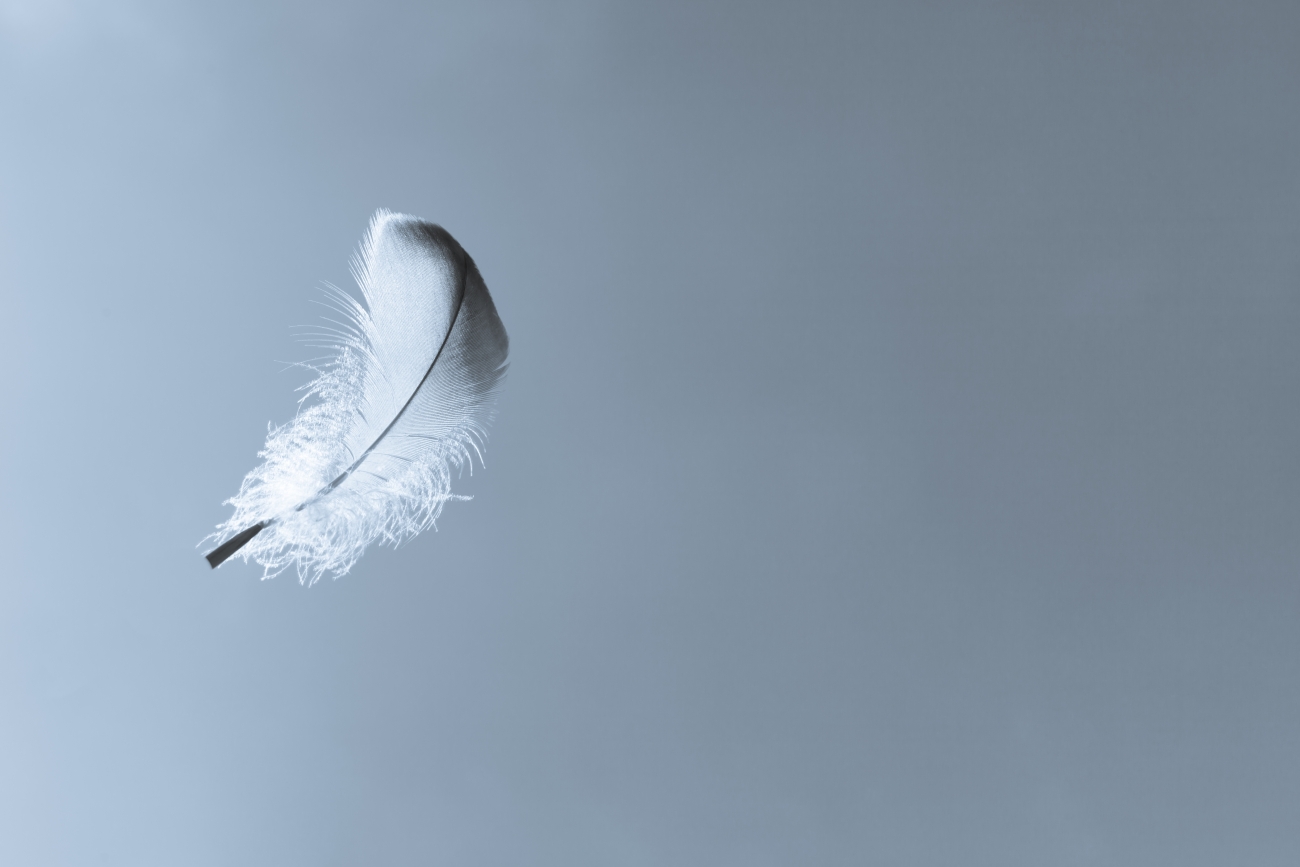 FIPs are any kind of beyond-the-Standard Model (BSM) particles with couplings much less than one, consisting of such well-known phenomena as dark matter (DM), axions / axion-like particles (ALPs), heavy neutral leptons (HNLs), and dark photons. While the first edition of the FIPs workshop series, FIPs 2020 [ https://indico.cern.ch/e/FIPs_2020 ], was held fully virtually due to the pandemic, the recent FIPs 2022 workshop was held in-person at CERN, a welcome return.

The FIPs workshop series originated as a collaboration among organizers of the Long-Lived Particle (LLP) Community initiative / workshop series and the Physics Beyond Colliders BSM group. Because the two groups were distinct but related, they realized that it would be useful to have a dedicated platform upon which to comprehensively examine the interplay among the different challenges and opportunities inherent to the searches for any very feebly-coupled new physics. Thus, the FIPs workshop series was born. The FIPs 2020 workshop was very well received and was accompanied by a workshop report [https://doi.org/10.1140/epjc/s10052-021-09703-7 ] that has proven to be a vital resource for the community.

Thus, FIPs 2022 aimed to build upon the success of the first workshop and to expand into previously underexplored realms. The organizing committee brought together experts from collider, beam dump, and fixed target experiments; astroparticle, cosmology, axion / ALP, and ultra-light particle searches; and from the communities working on the direct and indirect detection of DM to give presentations about recent progress in experimental searches and in underlying theory models for FIPs.

The workshop was organized along three main directions:

— Heavy neutral leptons and their connection to active neutrino physics

The first day began with an overview talk from theorist Kathryn Zurek, one of the original architects, along with Matt Strassler, of the hidden valley paradigm that has provided motivation for many LLP and lightly-coupled particle searches around the globe and has led to an explosion in related theoretical models of FIPs. Kathryn pointed out that there is no single way to search for signatures of hidden sector physics and that adequately exploring the discovery and parameter space requires a coordinated effort to look for light dark matter, prompt and displaced decays at colliders, light states at intensity machines, flavour-physics anomalies, and even gravitational wave (GW) signatures. This message nicely set the stage for the rest of the workshop.

Figure 1: Suite of experiments to search for light dark matter; from presentation by Kathryn Zurek.

The first two days were dedicated to ultra-light FIPs. New ideas were presented regarding searches for ultra-light scalars and axions / ALPs at various facilities, as well as talks on the neutron lifetime puzzle, neutron decay problems, neutron EDM searches, muon g-2 experiments, precision measurements of the fine structure constant, GW detection, FIPs at antimatter projects, and axion dark matter. Reviews of the axion programs at different world labs show that interesting new levels of sensitivity will be reached within the next 10 years. Cosmology is also found to be broadly sensitive to FIPs, where long time scales and high densities can compensate for the very weak interactions. 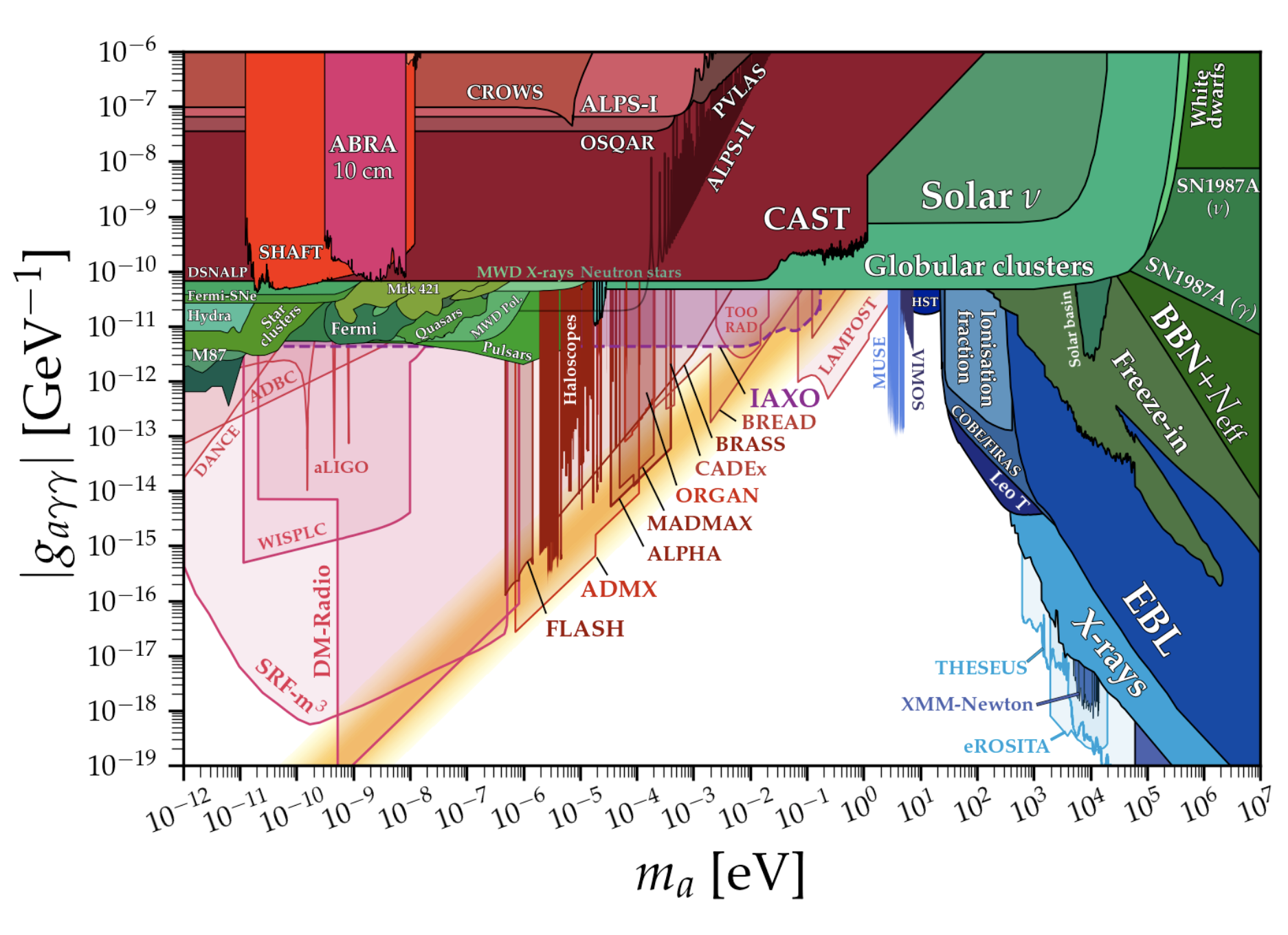 Figure 2: Exclusions and sensitivity of various experiments to an axion dark matter scenario. From the presentation by Axel Lindner and from https://github.com/cajohare/AxionLimits/blob/master/plots/plots_png/AxionPhoton_with_Projections.png

A core component of FIPs 2022 was a set of talks related to FIPs in astronomy and astroparticle physics. One fascinating talk explored the prospect of using missions to Jupiter (the planet) to search for long-lived dark mediators. Other talks discussed radio signals of dark photons from compact stars in the galactic center, new astronomical observables of axions, axion miniclusters in the galaxy, and light DM in astroparticle physics and cosmology. Another talk discussed how cosmic microwave background experiments and experiments investigating large-scale structure in the universe can provide information about dark matter. 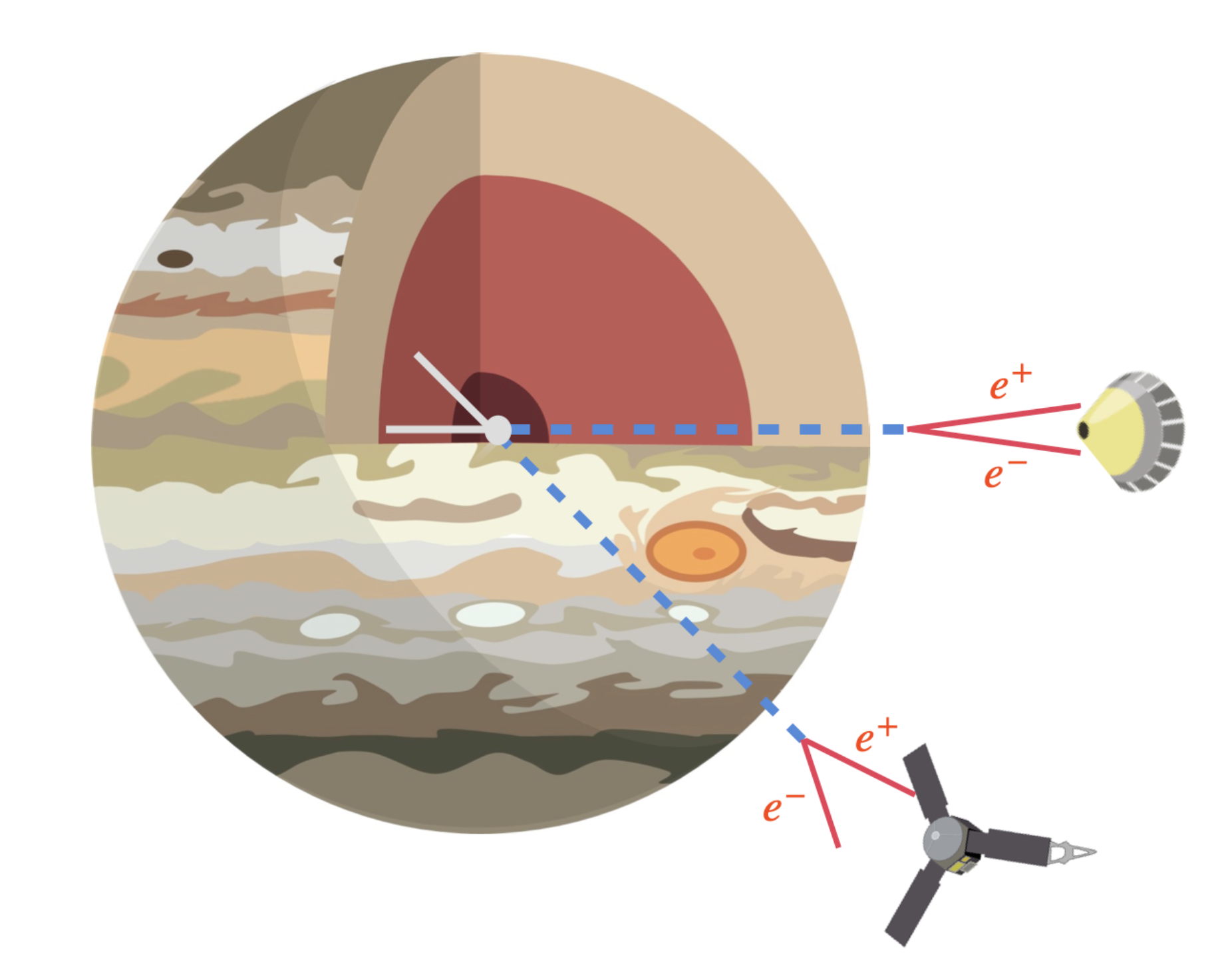 Figure 3: Schematic illustration of the potential detection, by Jupiter missions, of electrons or positrons as a result of dark matter interactions in Jupiter. From https://doi.org/10.1007/JHEP10%282022%29186.

Figure 4: The range of dark matter masses and how various cosmic microwave background experiments relate. From a presentation by Benjamin Wallisch.

The search for light DM is of long-standing urgency in particle physics, and, as such, played a fundamental role at FIPs 2022. In addition to a theory overview talk from Natalia Toro, presentations were given that discussed experimental searches for light DM at Jefferson Lab, Belle II, Fermilab, SLAC, DESY, LNF, and CERN. At CERN, several projects were discussed, such as NA62, NA64, ATLAS, CMS, LHCb, and FASER, as well as proposed projects such as the Forward Physics Facility, FACET, MATHUSLA, CODEX-b, and ANUBIS. The Forward Physics Facility at the LHC is moving forward to a definite proposal in the near future. Two other proposed fixed-target beam-dump experiments to be placed at the SPS were presented, as well. The first is called SHADOWs, a newly proposed experiment for the North Area, and the second is called SHiP, a long-standing proposed project but now anticipated to be placed at a new position for the beam-dump. Both of these projects are presently being reviewed in the SPSC. These facilities have very complementary approaches to searches for FIPs in general.

The origin of neutrino masses and their hierarchy (and relation to other open physics questions) is another long-standing puzzle, and FIPs 2022 was also host to several talks about lepton flavour or number violation and right-handed neutrinos / HNLs. A blast from the past demonstrated that even recasting data from a search for HNLs at the BEBC WA69 experiment from 1982 to search for HNLs can provide useful information to the present ongoing debate. Furthermore, one talk discussed searches for HNLs with neutrino telescopes, while another discussed prospects for the measurement of absolute neutrino masses in cosmology, suggesting a sensitivity to the sum of the neutrino masses of all species down to 0.05 eV. While there is no doubt that neutrino masses induce some non-trivial effects on cosmological observables, a critical review concluded that one however should not over-interpret derived bounds or forecasted sensitivities. Also featured were new results from MicroBooNE searching for HNLs, based on a method using Kaon decays at rest coming from the high energy NUMI neutrino beam, and Higgs-portal scalars and new HNL results from BaBar. Particular attention was paid during this workshop to connecting the compatibility of the HNL search phase space with the measured oscillation parameters of the three known active neutrinos.

The future of FIPs searches was also very much on the minds of the workshop attendees, and talks were featured about FIPs searches at the proposed Future Circular Collider running in e+e- mode, as well as DUNE and HyperK, always with comparisons to what has been and can be achieved at the LHC and other collider experiments. For example, searching for HNL decays in Tera-Z runs will lead to sensitivities to better than 10-10 in the mixing parameter for HNL masses in the range of a few 10s of GeV, while the high intensity proton beams at future neutrino experiments can lead to the most sensitive results for HNLs with coupling to the second lepton generation and masses below the kaon mass. 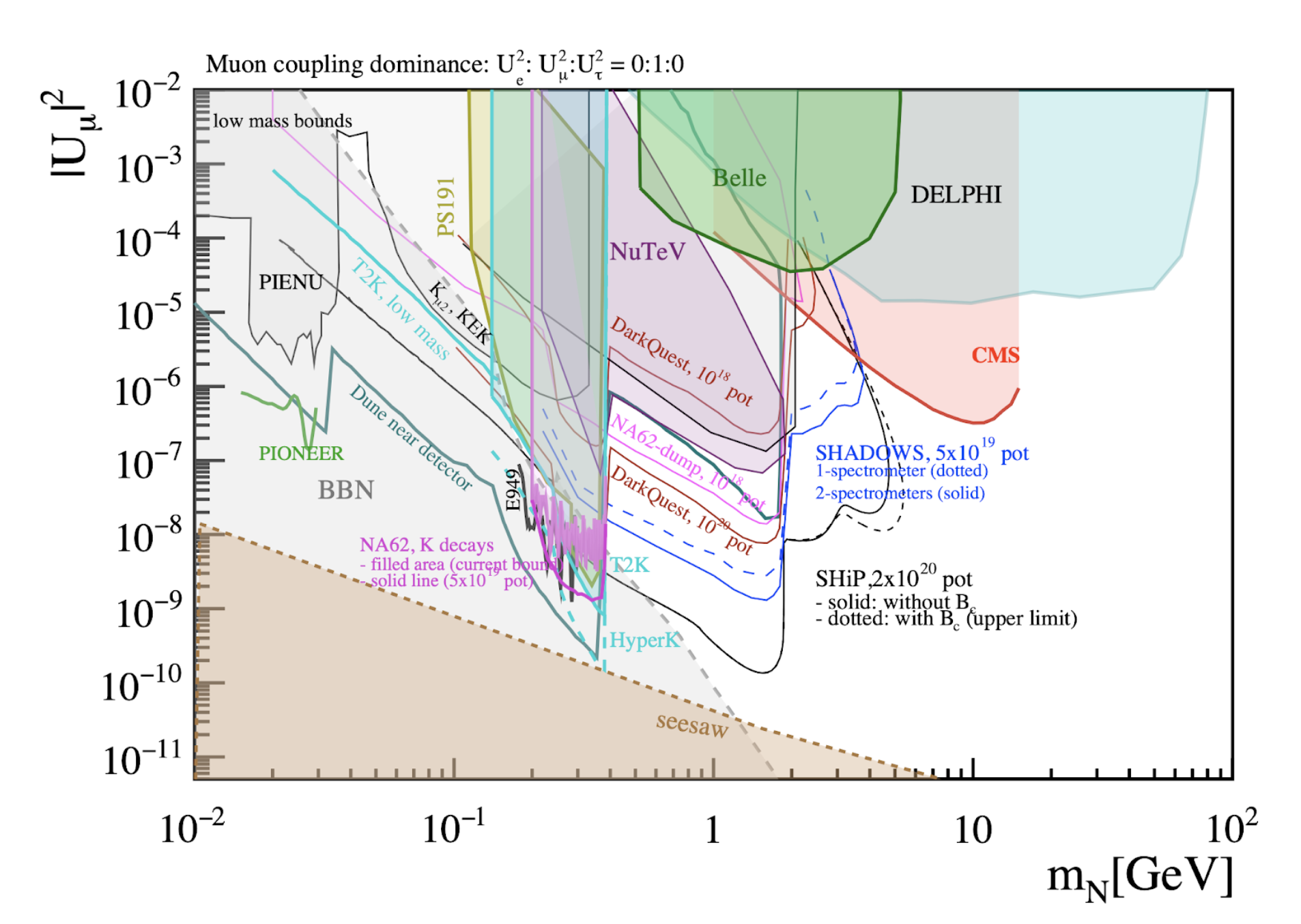 Figure 5: Exclusions of and sensitivity of various experiments to heavy neutral leptons that couple solely to muons. From https://doi.org/10.48550/arXiv.2203.08039

Overall, the FIPs 2022 workshop was a great success, and a worthy successor to FIPs 2020. The event underscored the rich and broad program of FIPs searches around the globe, and emphasized that a more regular meeting of experts working to discover FIPs in such disparate but closely related fields such as collider physics, astroparticle physics, cosmology, gravitation wave detection, atom interferometry, and precision measurements will be vital. To this end, a proceedings document from FIPs 2022 is in preparation and further workshops will be announced in the future.