The Gamma Irradiation Facility GIF++ during and beyond Run 3

The two CERN Irradiation facilities operated by EP-DT - the IRRAD in the PS East Area and the GIF++ in the SPS North Area - deliver essential services to the HEP community, with the focus on validating and optimising detector technologies for the High-Luminosity upgrade of the LHC and accelerator projects beyond. Both facilities underwent major improvements during the Long Shutdown 2 (LS2).  For the GIF++ we could increase the irradiation space inside the bunker by 60 m2, while the IRRAD was fitted with new instrumentation in the irradiation beamline as well as with an extended technical area (additional ~40 m2) for handling and characterizing irradiated components. The present article focuses on the return of muon beam physics at the GIF++ and the outlook for the coming years until – and beyond – the LHC Run 3.

Located on the H4 beamline in EHN1 North Area, the GIF++ is a unique place where a high-energy muon beam (≤ 150 GeV/c) is combined with a strong 137Cs gamma source. Equipped with a comprehensive gas distribution system and mixer units as well as the possibility to use premixed gas bottles, the facility regularly hosts muon detectors from all four LHC experiments as well as from outside collaborations. The facility was specifically designed to test real size detectors of several square meters, as well as to host a variety of smaller prototype chambers. The Irradiator (137Cs, 14 TBq as of 2014) is operated throughout the year, independently of the SPS, and offers two adjustable gamma irradiation zones with a total floor space of more than 100 m2. The two gamma fields (≤ 2 Gy) enable ageing studies and provide radiation backgrounds similar to the future working conditions inside the LHC experiments. Finally, the muon beam, available during specific runs, is used to investigate the detectors’ tracking performance under these expected conditions.

During LS2 we had to balance major facility upgrades with the need to have the Irradiator operational for the maximum of time. Daily operation was dominated by time critical mass production tests, e.g. chambers for the ATLAS New Small Wheel (NSW), or qualifications of chambers that came up on short notice, like the complete set of ALICE TPC chambers. The details and challenges of the bunker extension have been previously described in the EP-Newsletter article from March 2020.

In 2021 a total of 5 ½ weeks of muon beam were allocated to GIF++, split over 4 periods. As in the past, two beam periods were shared with the RD51 collaboration, located upstream of the GIF++. Since it was the first muon beam after the LS2, we received a record number of requests to participate from the community. In total, we hosted up to 14 different setups in parallel inside the irradiation bunker (see Figure 1), a significant improvement over Run 2, made possible by the 2019 bunker extension. 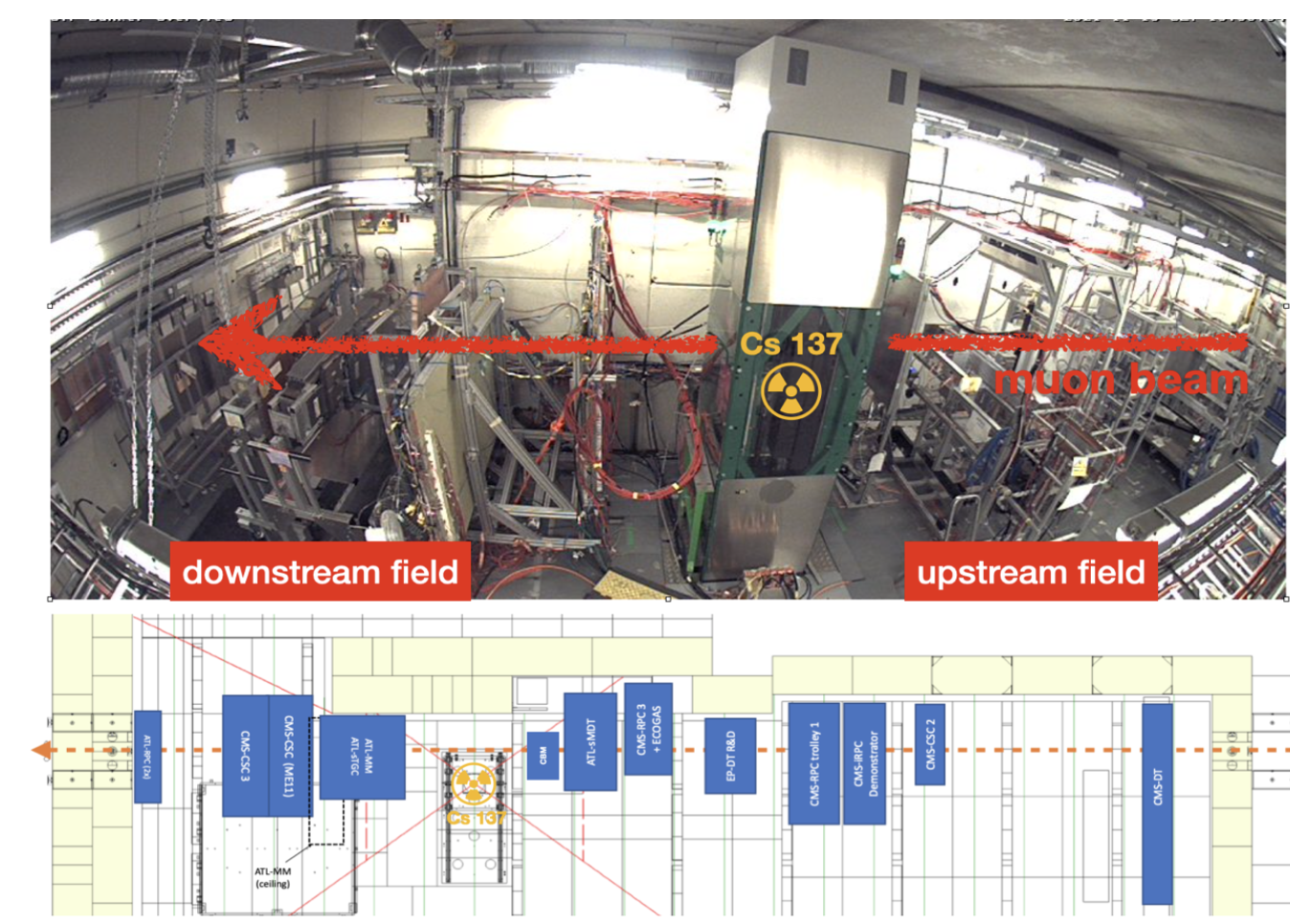 Figure 1. The irradiation bunker during the muon beam time in November 2021 (top). Floorplan of the 14 setups that participated in parallel during this beam time (bottom).

A special highlight was the first combined data taking of ATLAS NSW MM and sTGC chambers with final electronics and realistic background radiation, as well as the ongoing measurements for the ECOgas collaboration, searching for environmentally friendly gas mixtures. Along with the RE21 setup, we also hosted a non-LHC setup as part of the Compressed Baryonic Matter (CBM) experiment to be installed at the Facility for Antiproton and Ion Research (FAIR) in Germany. First results show that the particle handlinghe particle handling rate of their detector is meeting the requirements of future operation. Detailed reports about each R&D program, and the progress made at the GIF++ in 2021, were presented at our annual user meeting, and can be found HERE.

Another highlight was the installation and commissioning of a dedicated “Pre-Dump”, located upstream of the facility. The location and installation of this Pre-Dump is shown in Figure 2. Originally proposed in 2018 after a Monte Carlo simulation of the H4 beam line by R. Margraf and N. Charitonidis [REF 1], the Pre-Dump offers an alternative and more efficient way of producing the needed muon beam.

Until now, the muons were produced at a pion dump upstream of the PPE134 test beam zone, more than 100 meters away from the irradiation bunker. This original setup has the advantage of providing beam both to the PPE134 zone as well as the GIF++ in PPE154, allowing to schedule simultaneously multiple muon experiments along the H4 beam line. However, the long free flight path results in a less focused beam. With the installation of the Pre-Dump, muons can alternatively be produced from a high intensity pion beam directly in front of the irradiation bunker. As shown in Figure 3, this should lead to a higher intensity and better focused beam traversing the irradiation bunker. First results from the commissioning phase confirm the expected increase in muon counting rate, as seen in Figure 4. 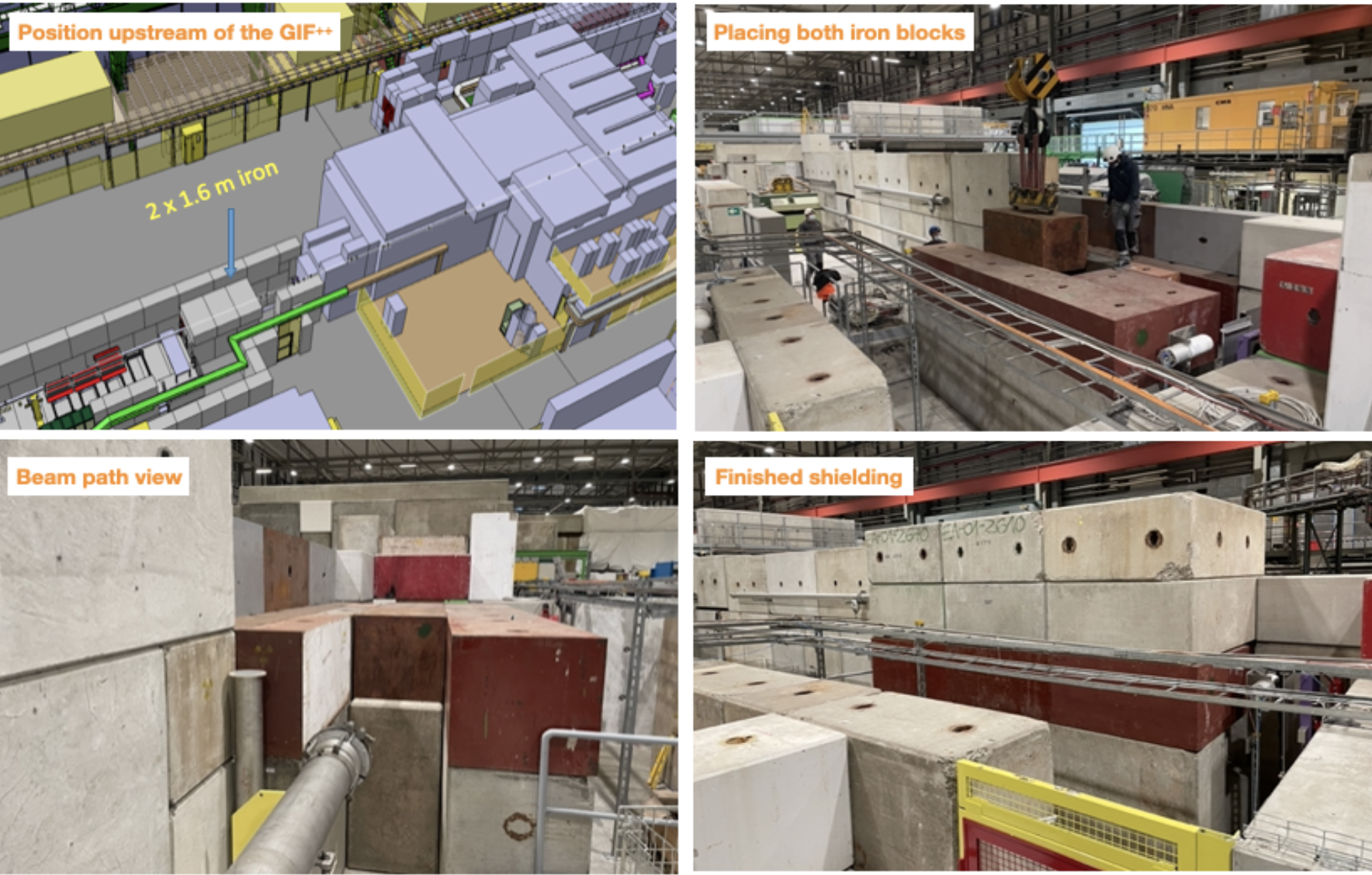 Figure 2: Installation of a dedicated “Pre-Dump”, consisting of two 1.6 m iron blocks just upstream of the GIF++. This Pre-Dump will allow the alternative production of muons from a high intensity pion beam used in the upstream areas.

Figure 3: Monte Carlo simulation of the Muon beam after the installation of the GIF++ Pre-Dump. By producing the muons directly in front of the GIF++, we achieve a better focused and higher intensity muon beam inside the irradiation bunker.

The Pre-Dump also opens up the possibility to receive muons outside of the allocated weeks as main H4 user, whenever a pion user is scheduled upstream of the GIF++. Running in this parasitic mode would add precious beam days to a normally very tight North Area beam schedule on this beam line. 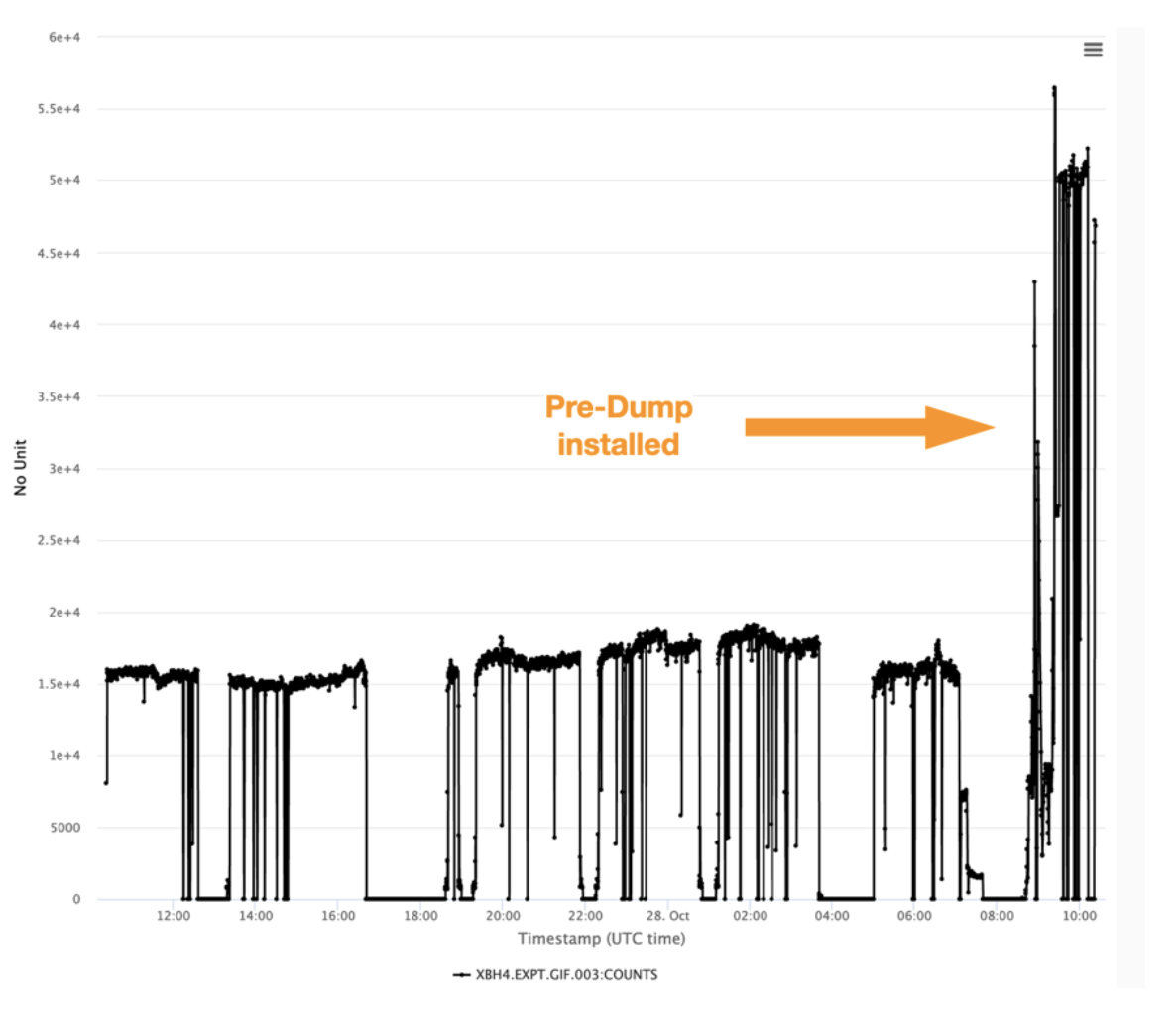 Figure 4: Coincidence counting rate of two fixed installed scintillators, located upstream- and downstream of the irradiation bunker. The effect of the Pre-Dump can easily be seen in an increase of the counting rate by a factor of three.

Finally, during the last weeks of 2021, an intrusion detection system has been installed at GIF++ to comply with updated legislation in the host countries. This system will detect any non-authorised access to the location of the source whenever the facility is shut down and ensure prompt interventions in case of intrusion detection.

Starting with 2022, we aim to run with a normal schedule of six to eight weeks of dedicated muon beam time per year. Spreading the beam request equally throughout the year in 3 to 4 blocks will allow us to proceed with the ageing studies and collecting maximal irradiation dose between beam measurements. Up to now we have 12 dedicated setups requesting beam time in 2022 and several setups requesting only gamma irradiation outside of muon beam weeks.

The ever-increasing user base is a strong indicator for the importance of the facility for the ongoing CERN R&D projects. However, the large number of setups working in parallel pose certain challenges for future operation. One of them is linked to the placement of chambers inside the radiation bunker. Chambers located further from the Irradiator experience a very uneven shadowing from the setups in front of them, mainly caused by the different size of chambers and support structures. A second challenge is the decrease of the gamma field intensity due to the natural decay of the 137Cs source activity. Originally at 14 TBq, the current activity value (as measured in November 2021) is below 12 TBq and will decrease to 10.5 TBq at the beginning of LS3. At that time the source encasing will need to be recertified or exchanged for a new source with potentially higher activity. These two challenges will be addressed in a Phase II upgrade proposal that is currently being prepared.