LLP11: The eleventh workshop of the Long-Lived Particle Community 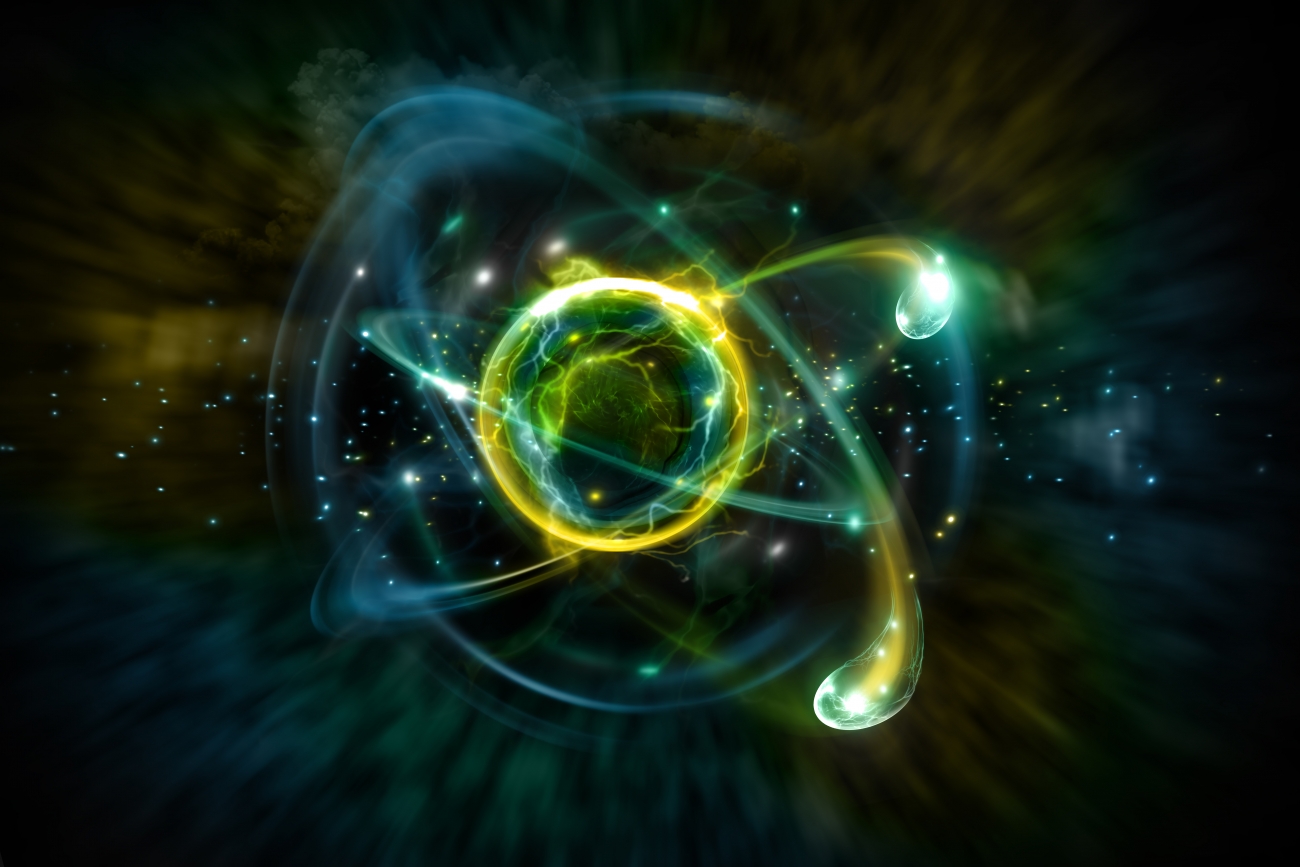 Amidst the excitement of preparations for the impending Run 3 of the Large Hadron Collider (LHC), as well as prominent developments of key projects around the globe, the eleventh workshop of the Long-Lived Particle (LLP) Community initiative (LLP11) was held virtually from 30 May to 3 June 2022.

The LLP Community is an independent, grassroots platform for the study of beyond-the-Standard Model LLP signatures around the globe, consisting of an ad-hoc group of both experimentalists and theorists acting as independent physicists and not on behalf of any experiment or institute. Founded, in 2016, it began with an emphasis on marginalized LLP signatures that might appear in the central detectors of the LHC experiments, but since then it has expanded to include any and all LLP-related projects around the world.

This includes an increasing number of new experimental proposals for the LHC, in addition to experiments like Belle II, T2K, MiniBooNE, MAMI, IceCube, BDX, ANITA, SeaQuest, LISA, BaBar, SoLid, and Super K, as well as other present and proposed future experiments or projects at CERN, such as NA62, NA64, SHADOWS, SHiP, the FCC, and CLIC. The LLP Community has been instrumental in advocating for all of these projects. For example, for the putative far-future collider options, it has become clear that an adapted strategy for LLP studies to be implemented from the start of the design of these experiments is strongly desirable. For the FCC, ideas for dedicated detectors, such as HECTATE and DELIGHT, are discussed at LLP Community workshops. 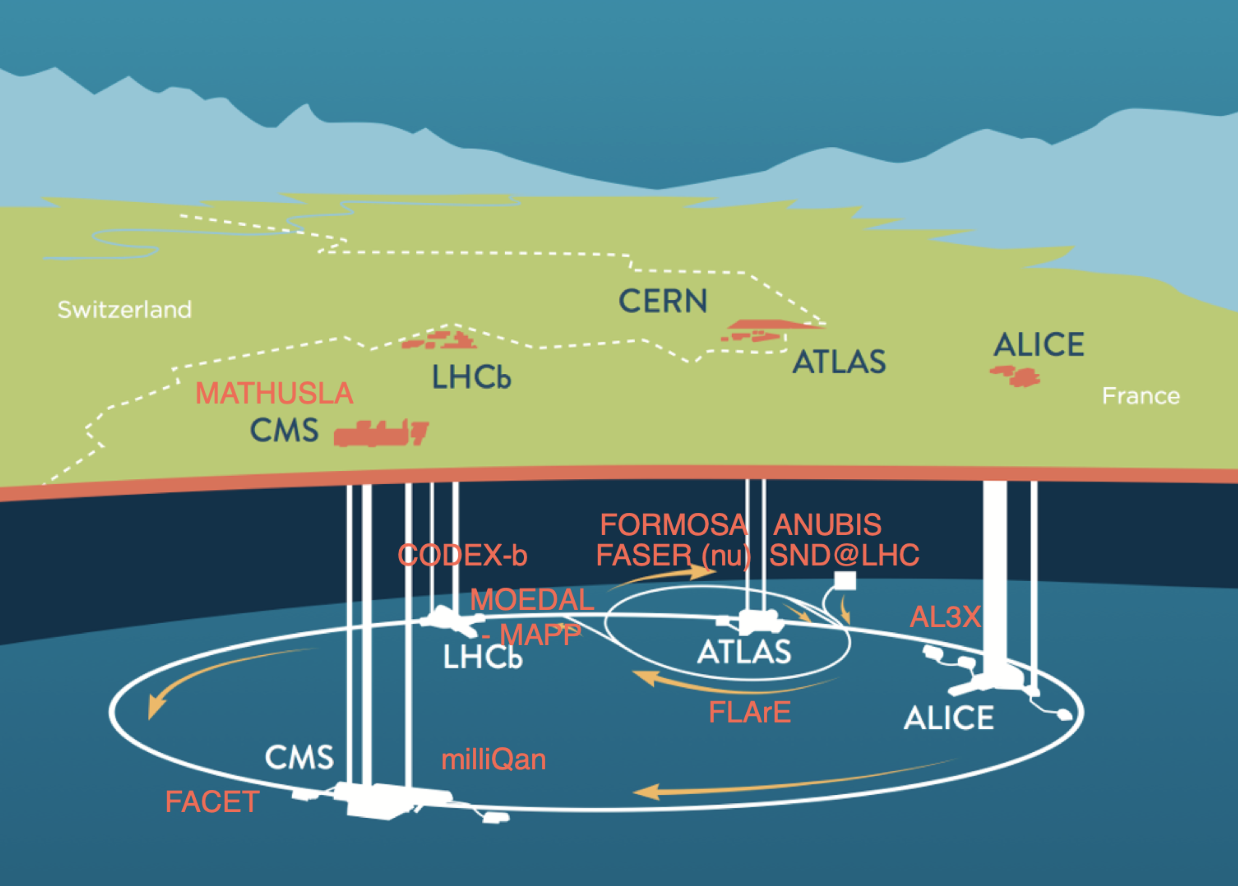 The initial inspiration that led to the formation of the LLP Community was the potential to see such signatures in the central detectors of the LHC, and so LLP11 took the opportunity to take a look back and see what has changed over the six years of its existence. Several key developments were noted, including the basic notion that LLP signatures, prior to about 2015, were marginalized compared to the then-baseline searches for high-mass resonances decaying promptly or searches with large components of missing transverse momentum. The central detector experiments of the LHC — ATLAS, CMS, and LHCb — are now considering LLP searches on much the same footing as other searches. ATLAS, for example, previously employed a cumbersome and time-consuming data-filtering process to select and save events to be processed later with a special large-radius tracking algorithm that can identify tracks from potential LLP decays. Now, however, ATLAS will include such tracks within its baseline set of tracking algorithms, both greatly reducing the time needed to pursue an LLP analysis and nicely demonstrating how a sustained emphasis on the nature of LLPs has had a positive effect on the experimental collaborations.

Another example discussed at LLP11, highlighting how the importance of LLPs has come into clearer focus over the past several years, was the large number of contributions from LLP experiments and projects—both existing and proposed—to potentially catch LLPs that are so long-lived that they escape the central LHC detectors before decaying. Two overview talks covered the need for such dedicated LLP experiments in both the forward and transverse directions. In addition, LLP11 featured individual contributions from projects such as ANUBIS, FACET, FASER, MilliQan, MATHUSLA, and CODEX-b reporting on new results, updated progress on demonstrators, or plans for the future. For example, FASER and MilliQan will start this year taking data from the start of LHC Run 3, as well as SND@LHC and MAPP. 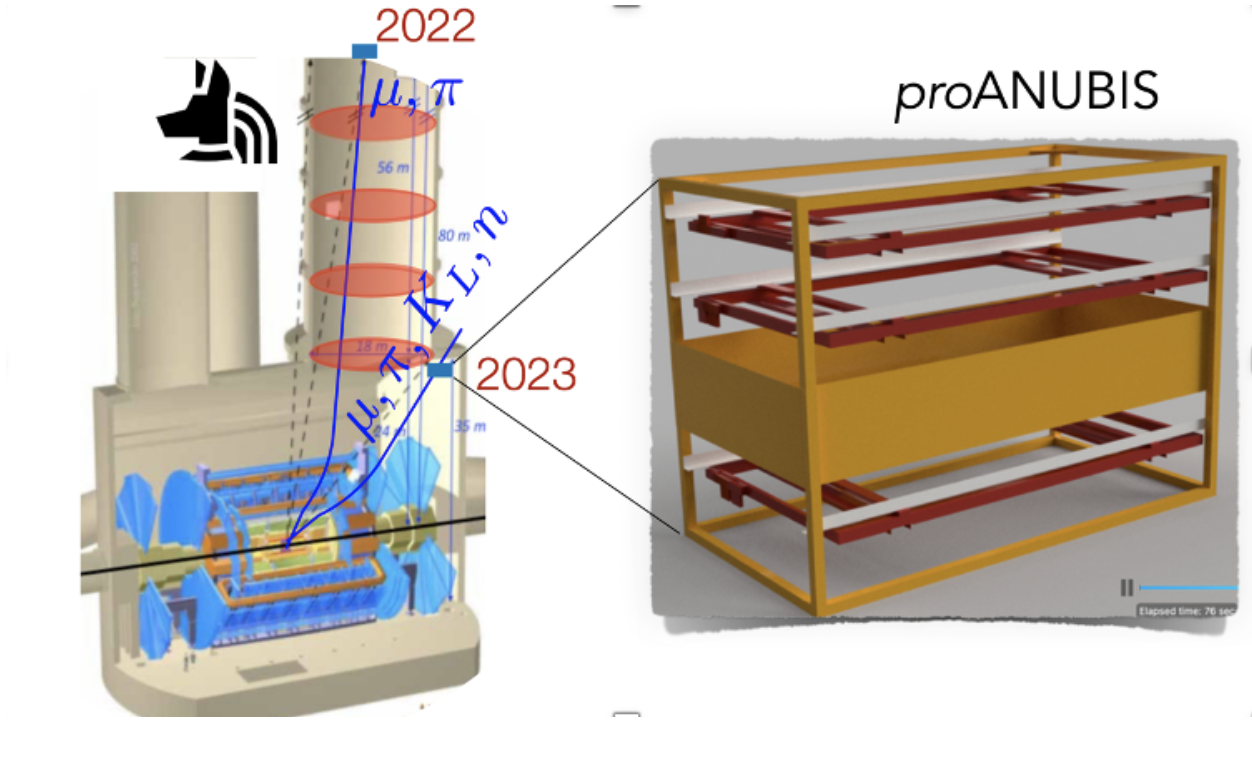 Figure 2: As an example: the planned installation of a 1.8x1x1 m3 tracking station prototype module for the ANUBIS proposal, which will be placed at two different locations in 2022 and 2023. Credit: ANUBIS collaboration.

As is usual for LLP Community workshops, LLP11 highlighted all of the new searches for LLPs from ATLAS, CMS, and LHCb, uniquely via presentations given by physicists who actually worked on the searches themselves, affording key insight into these analyses. In addition to displaced jets, displaced dark photons, displaced heavy neutral leptons, displaced di-muon vertices, and non-pointing photons, of keen interest was a recent result from ATLAS that reports an excess of events containing tracks with both a large transverse momentum and a large ionization energy loss (dE/dx). 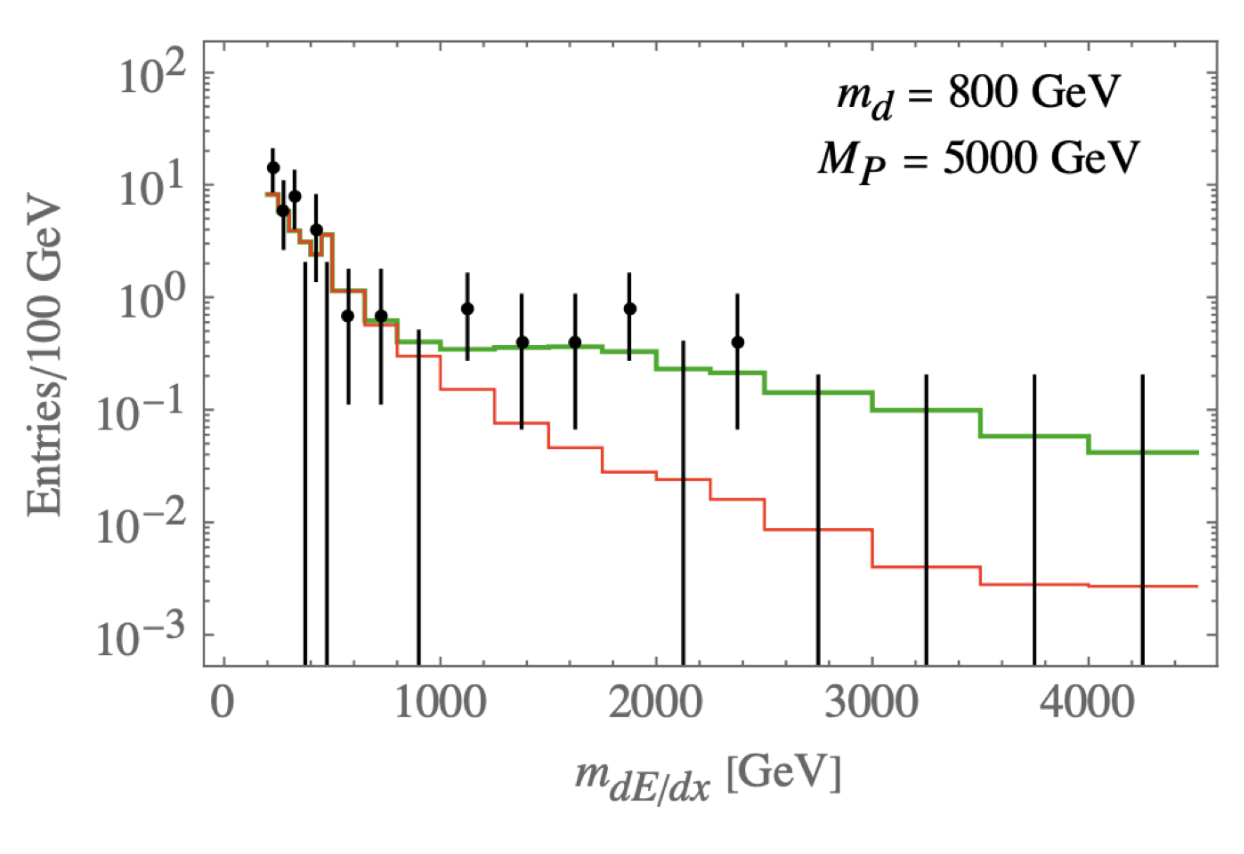 Figure 3: Theory interpretation [1] as a possible  explanation of  the large dE/dx events reported  by ATLAS in [2]: The effective-mass histogram for the observed data [2] (black dots), background distribution (red line, taken from [2]) and background plus hypothetical Q = 2 signal model (green line) reported in [1].

The number of events is inconsistent with a background-only hypothesis at the 3.3 sigma level, and there was an entire session at LLP11 devoted to this excess, the experimental aspects of the analysis, and its potential signal interpretations. The entire world awaits more data in this channel, as well as comparable searches from other experiments. Theorists have already taken up on the challenge to anticipate a possible explanation for these results which reports tracks with high dE/dx in the pixel detectors of ATLAS but otherwise seems consistent with particles having a speed of β = 1, based on decays of heavy resonances in boosted particles with a charge of 2.

Perennially of key interest within the LLP Community are triggers for events at ATLAS and CMS. At LLP11, several talks covered LLP triggering strategies for the upcoming LHC Run 3.

One of the hallmarks of the LLP Community is its openness to speculative ideas and interest in future projects, and LLP11 was no exception, featuring talks about LLPs at Belle II, the HL-LHC, the FCC, future linear colliders, the Electron-Ion Collider, and the MUonE Experiment.

Connecting activities at CERN with the international efforts, LLP11 hosted a dedicated session to the ongoing Snowmass process in the U.S. Several talks were given that reported upon the various white papers and ideas related to LLPs that have been discussed or worked on in the context of Snowmass.

LLP11 ended by hosting a meeting of the recently-created LHC LLP Working Group, a formal working group of the LHC Physics Centre at CERN (LPCC) that is dedicated to the specific, short-term needs of the approved experiments of the LHC.

Overall, LLP11 was an exciting entry in the LLP Community workshop series, featuring new results, new plans, new ideas, and a recognition that such initiatives can indeed shift the focus of the field. This meeting, which recorded 271 registrations, was still held in full virtual mode. The twelfth workshop of the LLP Community, LLP12, will take place from 31 October to 4 November 2022 and is planned to be an in-person/hybrid meeting  at CERN.

The programme and the presentations for LLP11 can be found on the indico page of the event: https://indico.cern.ch/e/LLP_May_2022