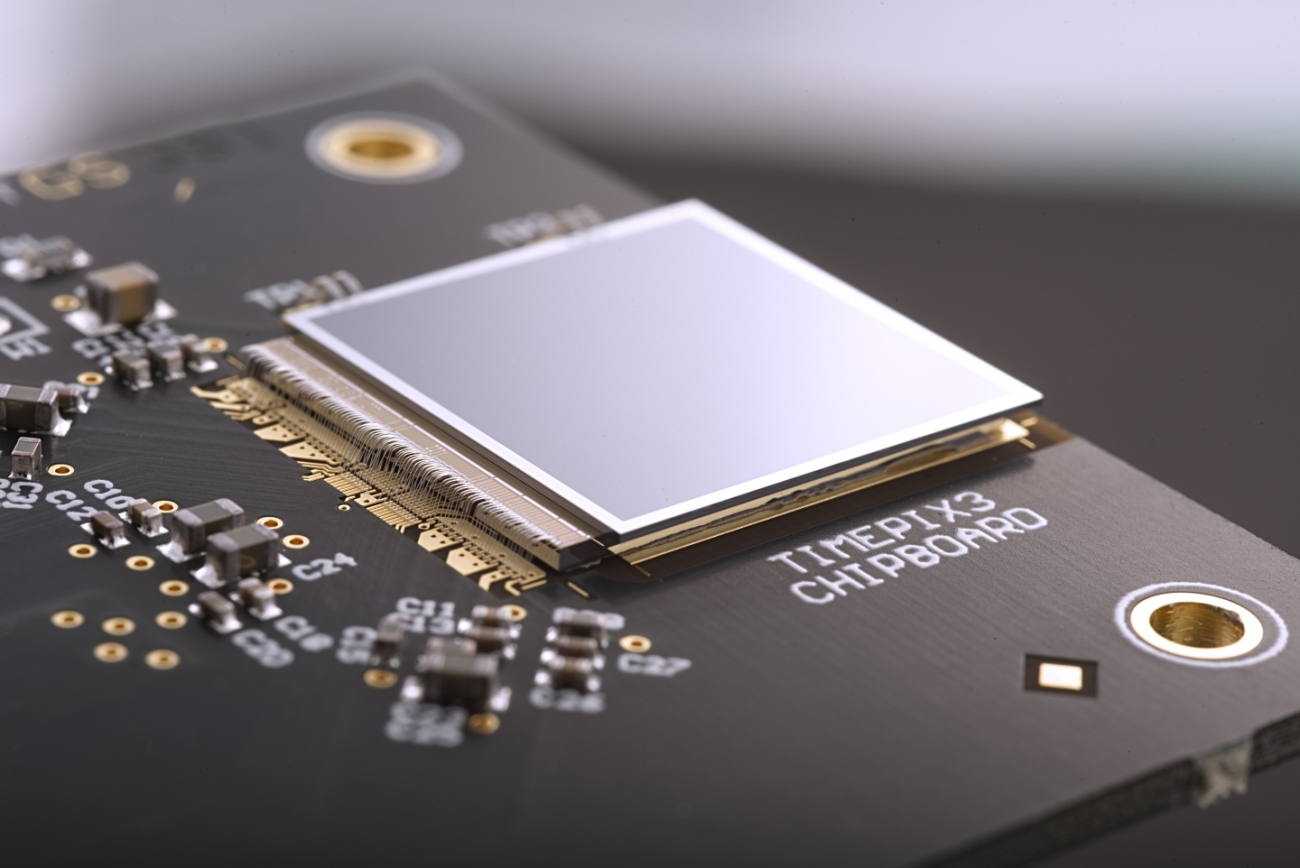 In early October, the CERN Medipix Team (EP-ESE-ME) visited the newly installed Medipix3-based spectroscopic CT scanner at the Lausanne University Hospital CHUV, Lausanne. The 3D colour X-ray scanner has been developed in New Zealand by MARS Bioimaging, a spin-out company of the University of Canterbury which is a member of the CMS and Medipix3 Collaborations. The MARS Bioimaging scanner promises significant progress in diagnosing and monitoring hand and wrist fractures using high resolution energy-sensitive imaging for the first time. The new scanner will undertake clinical trials to assess the benefits to patients and get certified for future medical use.

This is the latest in a long history of successes for the Medipix collaboration with the support of CERN’s KT group. The development of the Medipix3 ASIC (which enables high-resolution spectroscopic X-ray imaging) started already in 2005. So, for the Medipix team, it was hugely rewarding to visit the first scanner based on the ASIC to be installed at a European hospital. It was also a great pleasure for the team to meet again the resident physicist expert responsible for the system, Lucia Gallego-Manzano, who used Medipix and Timepix chips during her Fellowship in our Radiation Protection Group. The scanner is designed for examining hands and wrists. Early clinical results from New Zealand indicate that the X-ray energy information permits to distinguish between bone, flesh and fat. It also eliminates the beam hardening artefacts which plague conventional CT imaging around metal implants and prosthetics. In some cases, it may even obviate the need for MRI as soft tissue is imaged in great detail. 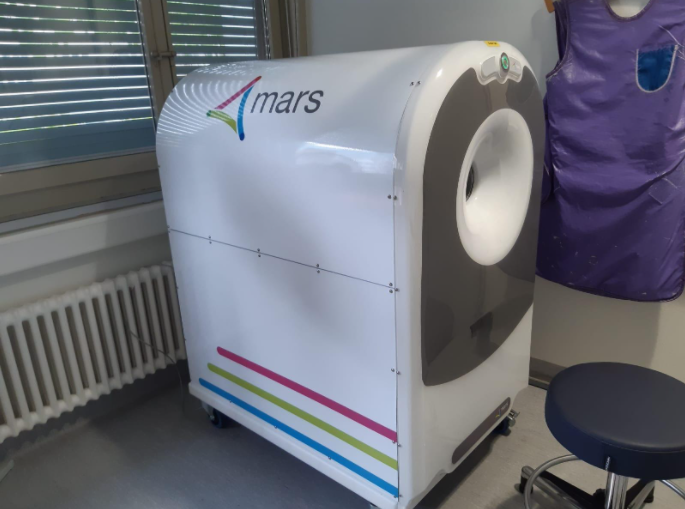 The MARS scanner at CHUV Lausanne.

So how does Medipix3 work and why did it take so long to go from the lab to the clinic?

Medipix3 was the first large scale pixel ASIC to be designed at CERN in 130nm CMOS. A number of previously unseen phenomena (such as Random Telegraph Noise) affected the behaviour of the original full-sized prototypes and firstly identifying and then circumventing these took time. Happily, the knowledge gained could be shared with the designers developing ASICs for the LHC experiments, saving them a lot of time and effort. The final version of the Medipix3 ASIC became available in 2013. In the form used in the scanner, a Cadmium Zinc Telluride (CdZnTe) detector comprising a matrix of 128 x 128 square pixels at a pitch of 110μm is connected to a Medipix3 ASIC. The ASIC itself has 256 x 256 pixels (pitch 55μm) but can be configured to read out the courser sensor pixels while providing up to 7 energy bins per large pixel. If we had a conventional readout circuit in each pixel the spectrum recorded by a 110μm square pixel of CdZnTe would be strongly degraded by fluorescence and charge sharing in the sensor. 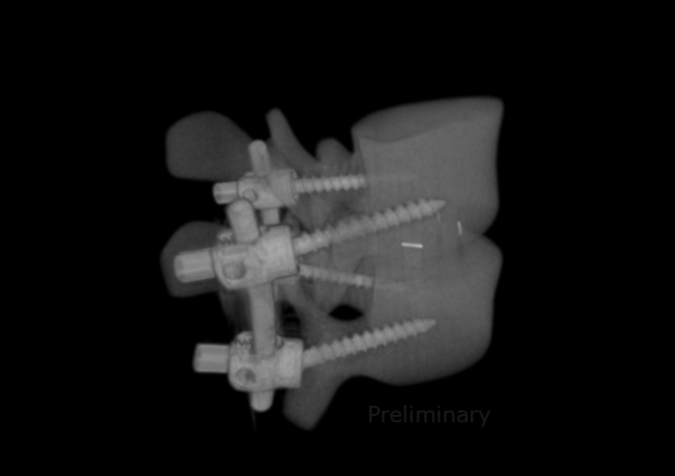 The Medipix3 pixels comprise an inter-pixel charge summing and allocation circuit strongly mitigating the spectral degradation within the sensor. As each sensor pixel records a clean spectrum it becomes possible to reconstruct the material composition of the object in the scanner, in this case a hand or wrist. MARS built the scanner from scratch which was in itself a huge technical challenge and also undertook an enormous amount of work in developing and refining reconstruction algorithms to perform the material extraction in 3D. It helps that the CTO, Anthony Butler MD, is both a radiologist and a physicist. The pre-clinical images which were taken in Lausanne are outstanding.

Lucia and her colleagues are now waiting for ethics committee approval before starting to work with patients. They have a queue of clinicians interested to explore further this new imaging modality for various diagnostic purposes. 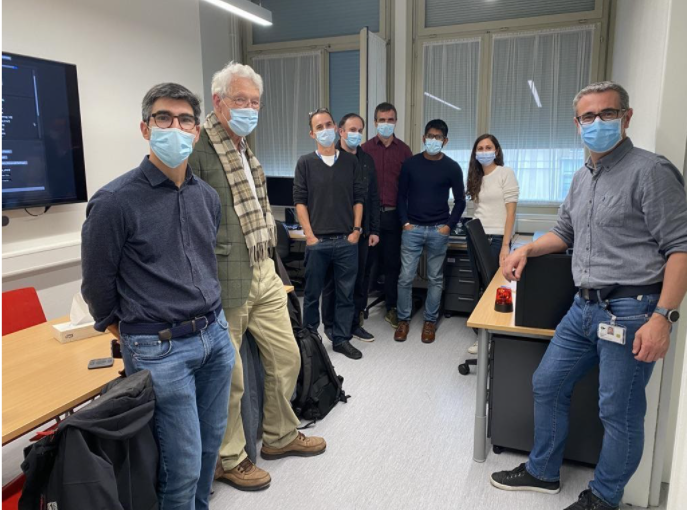