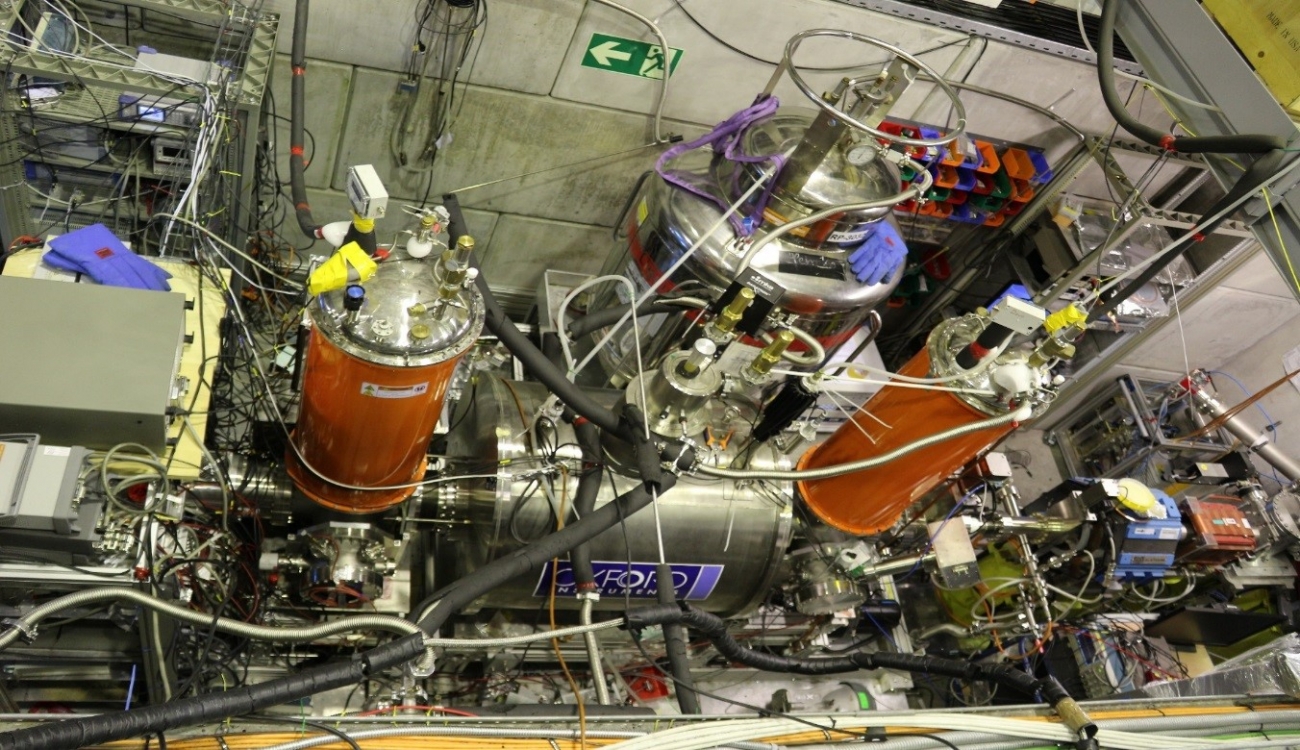 The BASE collaboration has performed the most precise measurements of the fundamental properties of the antiproton in order to test CPT invariance as fundamental symmetry of the Standard Model [1, 2] and to search for dark matter-antimatter couplings [3]. The course of continuing this journey is set towards measurements with increased precision, which would improve the sensitivity to detecting these potential beyond Standard Model effects. Therefore, BASE is developing a transportable antiproton trap, named BASE-STEP, as part of their future experiment program [4], in order to relocate the next generation of antiproton precision measurements into a calm magnetic environment. 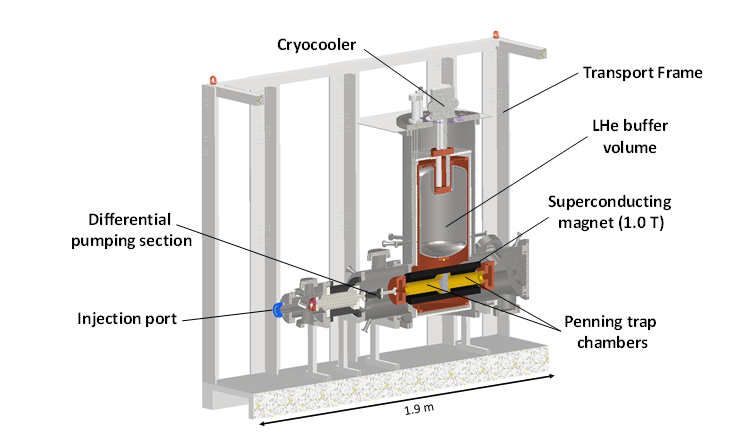 Figure 1: The design of the transportable antiproton trap BASE-STEP, with a superconducting magnet with 1.0 T and two Penning traps for antiproton trapping and storage. The trap vacuum chambers are connected through a cryogenic differential pumping section with the injection port. The setup is compact, L1.9 x W0.8 x H1.6 m and in total below 1000 kg, and transported between CERN’s Antimatter Facility and a dedicated precision experiment for antiproton precision measurements [4].

The apparatus to transport antiprotons will consist of a compact 1.0 T superconducting magnet, which withstands typical forces occurring during transport while cold and charged, and has a liquid helium buffer, so that it can be transported for several hours without electric power for cooling. The bore of the magnet will feature a double Penning-trap system, where one trap serves as vacuum lock and is used for injection and ejection. The second trap will serve as an antiproton reservoir trap [5]. The concept of this trap was developed and already successfully used by the BASE collaboration in the stationary precision Penning-trap system since 2014 [5], reporting antiproton storage times for more than 400 days [6]. The challenges for BASE-STEP are implementing these methods in an open cryogenic Penning trap system to provide the possibility to transfer low energy antiprotons into a second trap system. This requires a sophisticated vacuum interface with a cryogenic vacuum valve, a differential pumping section, and blocking the incoming residual gas by a turnable electrode to protect the trapped antiprotons in the reservoir trap.

The cryogenic parts for the trap system and the vacuum interface are presently being constructed and tested at the University of Mainz in Germany. The transportable superconducting magnet is in procurement, and will arrive at CERN in early 2022. Presently, the commissioning of BASE-STEP in 2022 using the former ATRAP I ejection in the CERN’s antimatter factory is under discussion. 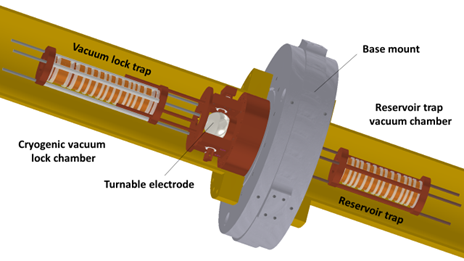 The cryogenic inlay of the BASE-STEP transportable trap in the magnet bore. Two separate vacuum chambers contain the two electrode stacks, one forming the vacuum lock trap, the other one the reservoir trap, where antiprotons are long-term stored and protected from residual gas by a turnable electrode, which blocks the direct path from the injection port to the reservoir trap.

The successful implementation will ultimately provide further improvements in the comparison of proton and antiproton fundamental properties and related searches for new physics. Further, the possibility to transport antiprotons to other laboratories provides the possibility to multiply low-energy antiproton experiments, which will considerably extend the antimatter research program.