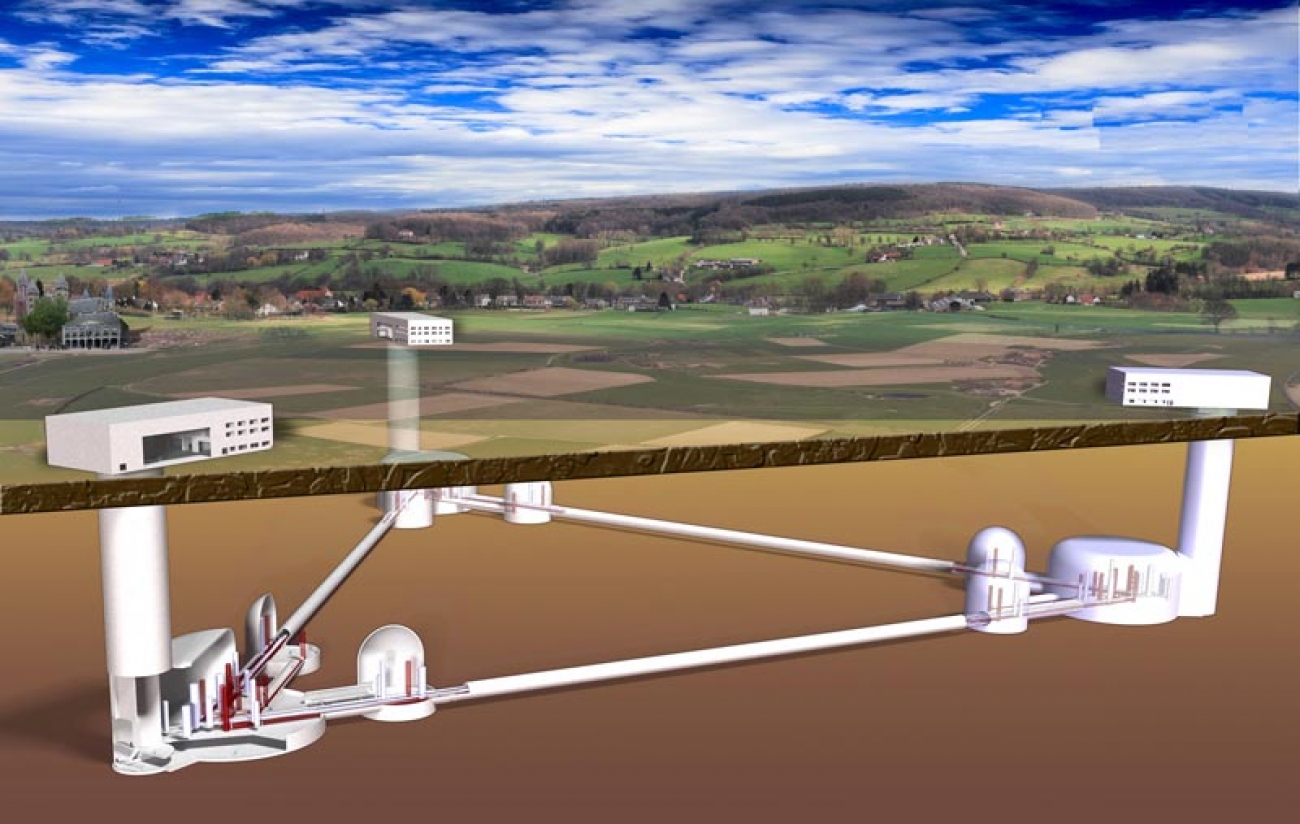 With the first direct detection of a gravitational wave event in 2015, we are at the beginning of a rapidly growing field of science that offers us a whole new way to study the Universe. Gravitational waves allow us to measure the vibrations in space and time itself. This will enable unprecedented cosmological observations, and allow us to probe the densest regions of matter, the earliest stages after the Big Bang, and to learn more about the undiscovered dark parts of the Universe. Moreover, we will be able to probe the most extreme distortions of spacetime near black holes. The existence of black holes reminds us of the biggest open question in physics: how to reconcile the macroscopic world of gravity and cosmology with the quantum world of nuclear and particle physics. The unification of these two perspectives may be as revolutionary as the discovery of quantum theory a century ago, and this scientific quest has great intellectual overlap with the fundamental physics questions pursued at CERN. This intellectual overlap has now been formalized with the decision to grant to the Einstein Telescope Collaboration the status of a CERN recognized experiment. 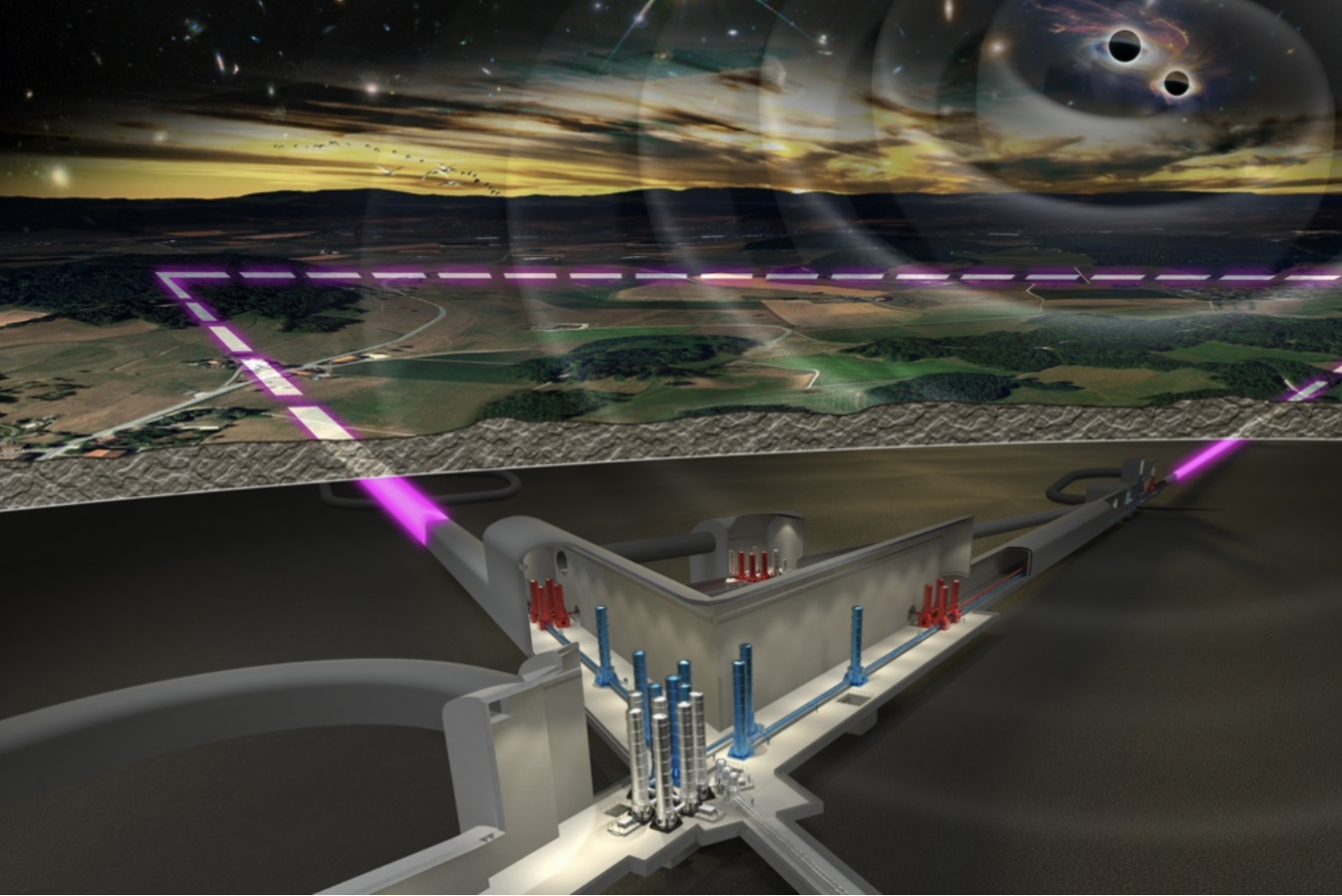 Figure 1: Einstein Telescope is a gravitational wave observatory that will be realized in Europe in the Euregio Meuse-Rhine border region of Belgium-Germany-Netherlands, or in Sardinia, Italy. A decision about the future location will be made in 2025. Picture credit: Nikhef.

While LIGO, Virgo and KAGRA now form a global international collaboration to detect gravitational waves, we look forward to the realization of Einstein Telescope (see Fig. 1) by 2035, an innovative new infrastructure that will keep Europe in the frontline of scientific research, and will ultimately lead to a better understanding of the origin and evolution of the Universe.

Gravitation is the least understood interaction and is related to fundamental questions concerning the nature of dark matter and dark energy, but also vacuum energy, inflation, horizons and singularities. In an attempt to answer these many open questions, a large worldwide intellectual activity is ongoing, both on the theoretical front by studying the boundaries between general relativity, quantum field theory, and cosmology, and through experimental activities in astronomy (e.g., Planck, Euclid and the Vera C. Rubin Observatory), particle physics (e.g., the Large Hadron Collider at CERN), and a range of dark matter searches (e.g., Xenon1T at GSSI).

Gravitational waves are space-time curvature perturbations and constitute the dynamical part of gravitation. They travel at the speed of light and can be detected when they squeeze and stretch the space between the mirrors of an interferometer. Gravitational waves represent an ideal information carrier, suffering negligible scattering or attenuation between source and detector. The entire Universe has been transparent for gravitational waves, all the way back to the Big Bang, and they may constitute our only direct window onto the early Universe. Moreover, phase transitions in the early Universe may reveal themselves, for example through primordial black holes formed in regions where high densities and heterogeneous conditions could have led sufficiently dense regions to undergo gravitational collapse.

Einstein Telescope will be an innovative underground observatory for this fascinating research into gravitational waves. It will scan the Universe for gravitational waves at redshifts as high as z = 100 to access the era before the formation of the first stars: the cosmological Dark Ages (see Fig. 2).

Figure 2: Timeline diagram of the history of the Universe. Einstein Telescope will be able to measure signals from coalescing black holes up to a redshift of 100. Picture credit: NAOJ.

The observatory will annually detect up to a million of gravitational wave events from binary sources distributed throughout the entire Universe. This will enable unprecedented cosmological observations, such as the study of the dark energy equation of state, and will allow for high precision black hole spectroscopy. The latter provides a unique opportunity of confronting the black hole no-hair theorem in general relativity with observational data. Another exciting possibility is the superradiant energy extraction by boson clouds around rotating black holes. This mechanism might lead to the detection of ultralight bosons, such as axions, possibly a significant component of dark matter.

The research itself is fundamental and curiosity-driven. To achieve the required extreme sensitivity, Einstein Telescope will push the limits of key technologies such as engineering, photonics & light, quantum, and digital technologies. Processing the huge quantities of data goes hand in hand with the development of data science and computing. This provides ample opportunities for innovations in both the science and technology sector. This is one of the areas in which the Einstein Telescope can profit from CERN’s expertise, but now in innovative technologies in the field of vacuum technology, cryogenics, underground construction, control and intensive data processing.

The “2020 Update of the European Strategy for Particle Physics” by the European Strategy Group mentions gravitational wave research explicitly and concludes that synergies between particle and astroparticle physics should be strengthened through scientific exchanges and technological cooperation in areas of common interest and mutual benefit. This fits in nicely with Collaboration Agreement KN4657 between CERN, and INFN and Nikhef as the lead institutes of Einstein Telescope on “Collaboration on the design of future gravitational wave detection experiments”. Earlier this year an addendum to this CERN-INFN-Nikhef framework agreement was finalized that focuses on the realization of the vacuum system for the arms of the 6 interferometers of Einstein Telescope. This concerns about 130 km of vacuum tubes with about a 1 m diameter and operating at pressures of around 10-10 mbar. CERN’s experience of creating and operating the LHC brings invaluable expertise to the Einstein Telescope project. Moreover CERN has an important coordinating role in aligning contributions from institutes from the Einstein Telescope Collaboration, industrial partners and from Cosmic Explorer, a gravitational wave observatory in the USA that is now in the conceptual design phase.

At present site qualification activities are in progress at two site candidates for hosting Einstein Telescope. The border area of the Netherlands, Belgium and Germany (Euregio Meuse-Rhine), is one of the candidates to accommodate the observatory. The other candidate site is located at the Sos Enattos mine in Sardinia, Italy. Whether in the Euregio Meuse-Rhine or in Sardinia, establishment of Einstein Telescope will lead to strengthening the knowledge ecosystem of the region. Impact studies point to strengthening cooperation between knowledge institutions and companies. Also in this area a lot can be learned from years of experience with these topics at CERN.

An Einstein Telescope consortium has been formed that consists of about 40 research institutions and universities located in several European countries, including also France, Germany, Hungary, Norway, Switzerland and the United Kingdom. With the political support of Belgium, Poland, Spain and The Netherlands, led by Italy, a proposal to realize Einstein Telescope was submitted in 2020 and approved at the 2021 update of the roadmap of the European Strategic Forum for Research Infrastructures.

Great strides have already been made for the candidacy for Einstein Telescope. Geological research is in progress to confirm the suitability of the soil at the candidate sites, while the economic case has been proven by socio-economic studies. Countries must submit their candidacy for hosting Einstein Telescope by 2025 via announcing a bid book. While the hosting country, or consortium of countries, must carry a significant share of the site-infrastructure cost, it is clear that Einstein Telescope can only be realized with the joint political and financial support from a significant number of European countries.

Cover photo: The Einstein Telescope will hunt for gravitational waves – tiny ripples in the fabric of space–time that are a prediction of Albert Einstein's general theory of relativity. (Courtesy: ASPERA)