A Q&A with Pierre Sikivie

In discussion with Pierre Sikivie, Distinguished Professor at the University of Florida, on the invention of experimental techniques for axion searches that can address some of the most pressing questions in modern physics. Sikivie played a crucial role in the development of experimental techniques for axion searches and laid the theoretical ground for dark matter axion detection. He is also well known for his work, together with J. Preskill, M. B. Wise, F. Wilczek, L. F. Abbott, M. Dine, and W. Fischler, on cosmic axions that could account for a substantial fraction of Dark Matter. 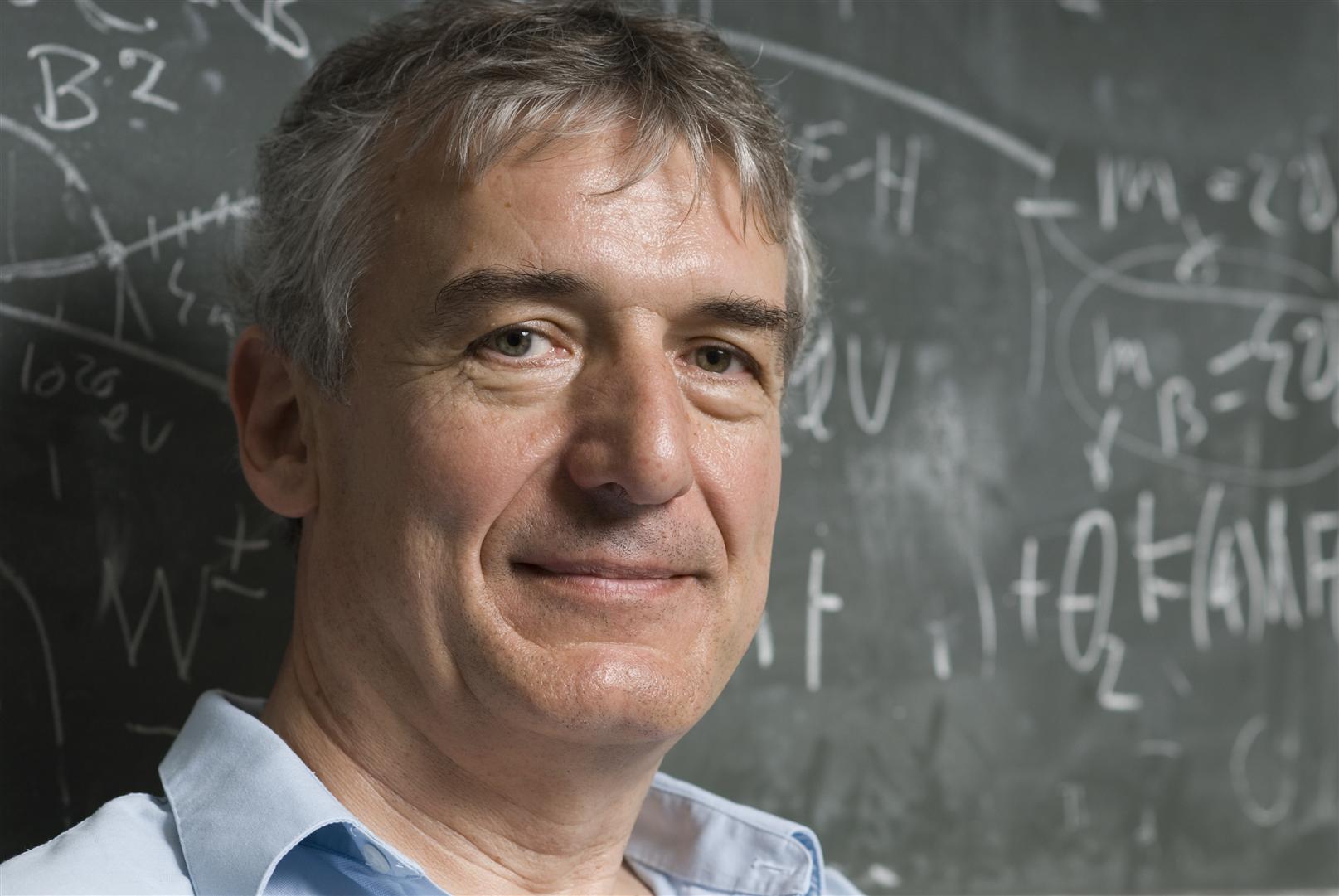 Which are the key process through which axions were produced in the early Universe?

Axions are produced in the early universe in two different populations, which we may call "hot" and "cold".   The hot axions are thermally produced in the primordial plasma as are most other particles, including photons and neutrinos. Hot axions have a temperature of order a couple degrees Kelvin today.

The cold axions are produced in a process of "vacuum realignment", pointed out in 1982 by a number of authors.  This process is specific to light very weakly coupled Bose fields, such as axions or axion-like particles. The key point is that when the axion mass effectively turns on during the QCD phase transition (at a temperature of order 1 GeV, and a time of order 10-7 seconds after the Big Bang) the axion field is not initially at the minimum of its effective potential.   It begins to oscillate then.

Why axions are good dark matter candidates? Can they co-exist with other possible candidates for dark mater (i.e. sterile neutrinos, susy particles, etc)?

A good dark matter candidate should have the following basic properties:

a) the particle must be stable, i.e. its lifetime must be much longer than the present age of the universe

b) it must be neutral and sufficiently weakly interacting that its evolution in the early universe is in first approximation determined solely by its gravitational interactions.  In particular, it cannot be baryonic (ordinary atoms and molecules).

c) it must have a natural (i.e. not contrived) production mechanism in the early universe, consistent with the amount of dark matter observed today

d) it must be sufficiently cold, i.e. it should already be non-relativistic at a redshift of order 108.

Finally, we think today that the dark matter could be a mixture of things.  My collaborators and I have argued on the basis of the phenomenology of caustic rings of dark matter in galactic halos that at least some of the dark matter (more than 30%) is axions or axion-like particles.

Back in the early 80s, it was thought that the Strong CP Problem may be solved by an axion which is very light and very weakly interacting, the so-called "invisible axion". I became a junior faculty member at the University of Florida around that time. My first teaching assignment was graduate level electromagnetism and as you may guess, I did many problems in J.D. Jackson's famous book on the subject.

I graciously agreed to spend a month at Harvard in the summer of 1983. On my way there, in a spirit of preparation, I read a preprint by Sidney Coleman, called "The magnetic monopole fifty years later". At the end of his review, Coleman raises an interesting question. It may be phrased as follows: when a magnetic monopole traverses an axionic domain wall, it acquires electric charge due to an effect that Edward Witten had pointed out. Where does this electric charge come from?  I thought about this and realized that the question can be answered by considering the generalization of Maxwell's equations that describes the axion field along with the electromagnetic field. The generalization is now usually referred to as "Axion Electrodynamics". Using these equations, I saw that when a monopole approaches an axion domain wall the flux of its magnetic field trough the wall induced an electric charge on the wall. When the monopole traverses the wall, that electric charge jumps on the monopole. There are other interesting effects, such as the rotation of the plane of polarization of light when it traverses an axionic domain wall.

The techniques of Jackson's book were proving to be very useful in thinking about these effects.  While I was at it, I thought I might calculate the event rates in hypothetical experiments that would test the invisible axion hypothesis by some electromagnetic means.   I confirmed at first the common wisdom that such experiments would be very difficult, impossible really. The event rates are too low! One of the more attractive ideas that emerged was to convert axions to photons in a magnetic field.  The trouble was that one had to produce the axions first. One might produce the axions by the inverse process of photon to axion conversion in a magnetic field but the overall rate for both production and detection was too small to yield a feasible experiment.  I was thinking that the axions might be produced in a nuclear reactor, or even a nuclear explosion, when it occurred to me that the solar interior is a huge reactor. It is very powerful, nearby, yet also shielded from us. It produces a reliable flux of axions on Earth, much larger than anything that could be made in the laboratory, and completely free of charge. Thus was born the idea of CAST-type experiments: convert solar axions to x-rays in a laboratory magnetic field. I called it the "axion helioscope" because it would allow one to look inside the Sun if one had a signal.

The "axion haloscope" is similar but here one attempts to detect axions that are already in the laboratory as dark matter.  It also uses the conversion of axions to photons in a magnetic field, but in this case the photons are microwave radiation. Because the dark matter axions are non-relativistic it is helpful to have an electromagnetic cavity to capture the photons. The conversion is resonant if the cavity is tuned to the axion mass.

Pierre Sikivie, as a graduate student at Yale, in front of Gibbs laboratory!

Which is currently the experimental status in Dark Matter axion searches?

The most mature approach to dark matter axion detection is the technique involving a cavity immersed in a strong magnetic field, the original axion haloscope.  A couple of months ago the ADMX experiment at the University of Washington in Seattle, which uses this method, announced that it reached sensitivity to detect dark matter axions in even the most weakly coupled case.  The cavity approach is also being pursued at Yale University, at the Center for Axion and Precision Physics in Daejeon, Korea, and at the University of Western Australia. Now that sufficient sensitivity has been achieved, the challenge is to extend the search to the widest possible range of axion masses.  The cavity approach is most feasible in the approximate axion mass range 0.3 to 30 micro-eV. A key research and development challenge is to develop cavities or cavity arrays that have high resonant frequency but also high effective volume for coupling to dark matter axions.

To go to higher frequencies, variations have been proposed which involve making the magnetic field inhomogeneous on small length scales (such as the ORPHEUS wire array) or engineering the cavity modes using parallel dielectric plates (MADMAX).  Axion absorption in atomic transitions has also been proposed to reach higher axion masses. To reach lower masses, the cavity may be replaced by a LC circuit (e.g. ABRACADABRA). To reach even lower masses, nuclear magnetic resonance methods have been proposed (CASPER).

Research and development work is being carried out on each of these methods and hopefully they will shed more light on these searches.

How was your original suggestion for an axion haloscope originally perceived by your peers?

It was well received and there was no controversy.  Yet compared to WIMP searches, axion searches have been very slow to develop. I think this is mainly due to the fact that the axion searches require expertise in a variety of areas which are not part of traditional particle physics.  Let me illustrate this with the cavity experiment. It is motivated by particle physics and cosmology, but searches for dark matter in the form of a wave when most particle physicists are used to thinking about particles.

(We are taught about waves in school but quasi-forget about waves when drawing Feynman diagrams or when building particle detectors.) The fact that cold axions are not thermally produced may also be a psychological difficulty.  Most importantly, the cavity experiment uses a variety of technologies - microwave engineering, ultra-low noise receivers in a high magnetic field environment, cryogenics - which are not typically used by high energy physicists and which had to be specially developed.  It is fair to say that the physicists who develop and carry out axion dark matter searches are very courageous!

In parallel to earth-based experiments, do we expect more limits to come from astrophysical observations?

Indeed, axions may play interesting roles in astronomical observations. Many cosmologists suggest that axion-like particles cause the universe to be more transparent to high energy gamma radiation than expected, and that they are  responsable for a faster than expected cooling of white dwarfs. It was shown six years ago that axion dark matter cools baryons. The recent observation by the EDGES collaboration of a lower baryon temperature at cosmic dawn than expected under "standard" assumptions may be new evidence that the dark matter is axions, at least in part.

When constraints from early negative particle physics searches and from astrophysics are taken into account, the production and detection rates of axions in standard collider experiments are generally found to be too low for meaningful searches to be carried out.  However, particle beams may be used in novel ways. Gianni Carugno and I worked on a scheme to use ion beams to detect dark matter axions by the transitions the axions may cause between the atomic levels of the ions in the beam. Unfortunately, the scheme requires at least 1019 particles in the beam and this is far more than what is currently achievable.

​What is your advise for young researchers now entering the field of dark matter/axion searches?

I remember reading somewhere Feynman's advice to young scientists aspiring to great discoveries.  He said: "You have to develop your own tools". It would be hard for me to improve on that short sentence.