Start up of the ATLAS and CMS magnets

LS2 works and commissioning of the ATLAS Superconducting Magnets

In the last few years, the ATLAS superconducting magnets and associated systems have received extensive maintenance and upgrades. Following this, the magnets have recently been successfully commissioned and are now running at nominal current.

During LS2, the ATLAS Toroid and Central Solenoid magnets were continuously kept under vacuum for thermal insulation purposes and at a temperature at or below 100 K, for the purpose of avoiding thermal cycles. This imposed constraints for maintenance and upgrade activities of the vacuum system, controls, and cryogenics.

The vacuum gauges and associated controls of the end-cap toroid were adapted to enhance the redundancy of vacuum sensing. During LS2, an issue was found with one of the diffusion pumps maintaining vacuum on the end-cap toroid, and the diffusion pump configuration was modified to ensure sufficient pumping capacity and diffusion pump redundancy on the ATLAS magnets. The valve panel controlling the gate valves was upgraded and successfully commissioned. An extensive overhaul was completed of the primary pumps, and all vacuum pumps received regular annual maintenance. 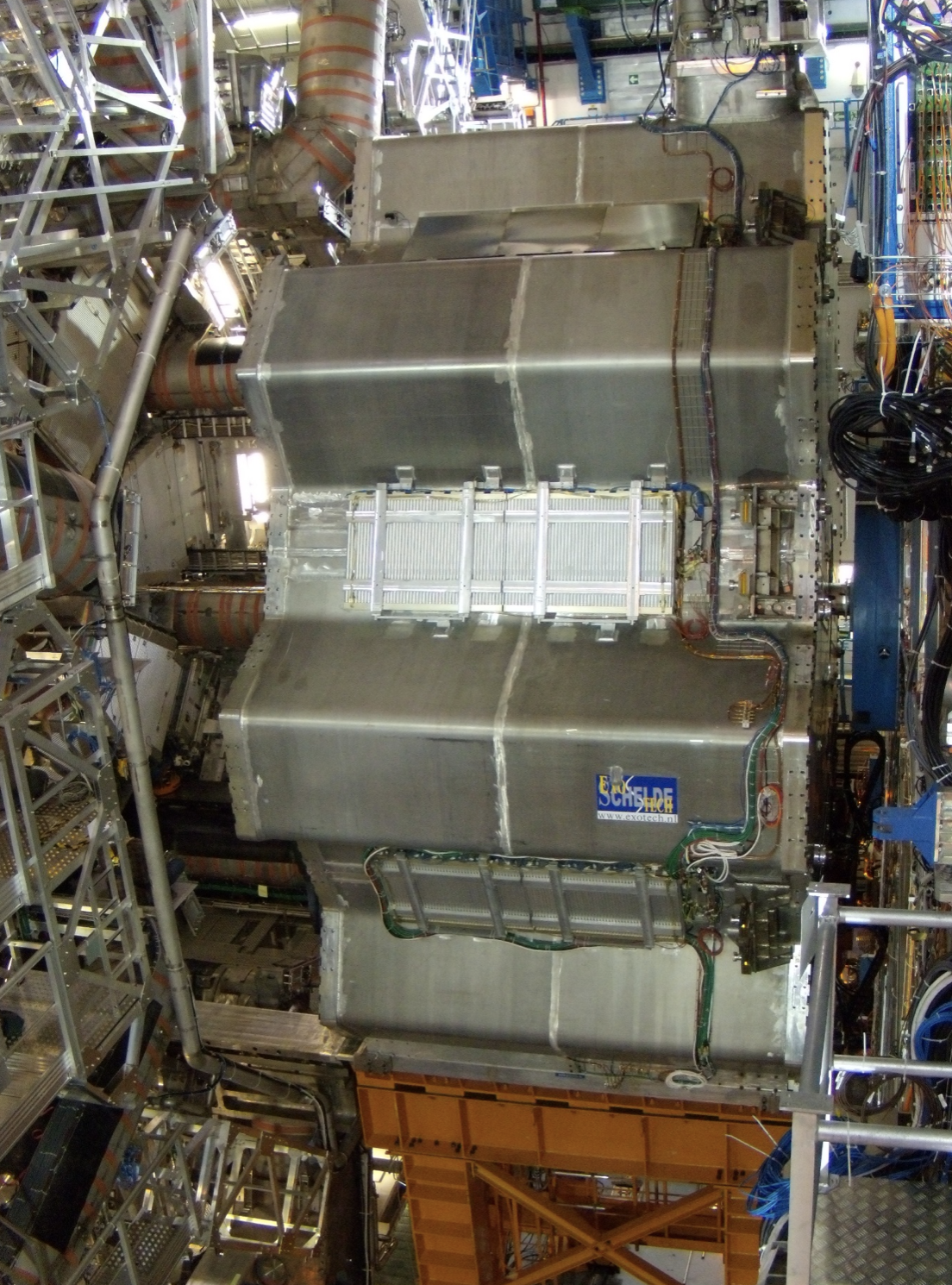 A major cryogenics upgrade involved the installation and successful commissioning of a new booster compressor of the Main Refrigerator. The purpose of the upgrade is to enhance the redundancy of the Main Refrigerator where sufficient liquid helium is provided to operate the magnets even when one of the four booster compressors is off-line. Various maintenance and overhaul activities were completed to ensure that the cryogenics system is in nominal condition.

A new compact water-cooling skid was installed and successfully commissioned for the purpose of providing space in the USA15 for future detector upgrades, and to enhance the cooling capacity for the busbars and power supplies. Following regular maintenances and commissioning activities, the water-cooling systems for the diffusion pumps, busbars, and power supplies are working correctly.

The Central Solenoid power supply was upgraded and commissioned to improve the resilience against disturbances on the electrical network, and thus reduce the likelihood of unintentional deactivation.

Various MCS controls upgrades were successfully completed and commissioned, to bring the controls up to date in terms of firmware, and to introduce monitoring and control of new features such as the Toroid snubber. The interface with the electrical network was reconfigured to improve the electrical powering redundancy of the control system.

The maintenance, upgrade, and commissioning activities of the ATLAS Magnets are made possible through the extensive contributions from colleagues at ATLAS, CERN, and external institutes. We thank everyone for their continued support!

The CMS magnet during LS2 and its restart for run 3.

The CMS magnet reached its nominal field of 3.8T on March 4th 2022 ready for run 3. It was successfully commissioned earlier in September 2021 just ahead of the LHC pilot beam run, when it was operated at 3.8T for two weeks with its upgraded powering system and its repaired vacuum system.

The initial plan for LS2 was to keep the CMS magnet cold at 4.2K. The plan had to be substantially modified, not only due to the covid pandemics, but also because of a water leak discovered on a diffusion pump of the magnet cryostat during a routine check while the magnet was at 4 K. In order to intervene without posing any risk for the magnet, the decision was taken to warm up the magnet to room temperature. The procedure took place during the covid lockdown at CERN in April and May 2020. After an outgassing period, the vacuum volume was brought back to atmospheric pressure, and the diffusion pumps were removed, repaired and replaced. This was done by the EP-CMX teams with the welcome support from several CERN groups: EN-MME, EP-DT, TE-CRG and TE-VSC teams. The vacuum circuit was also fully cleaned and modified by CMS for easier access and improved backup capabilities. 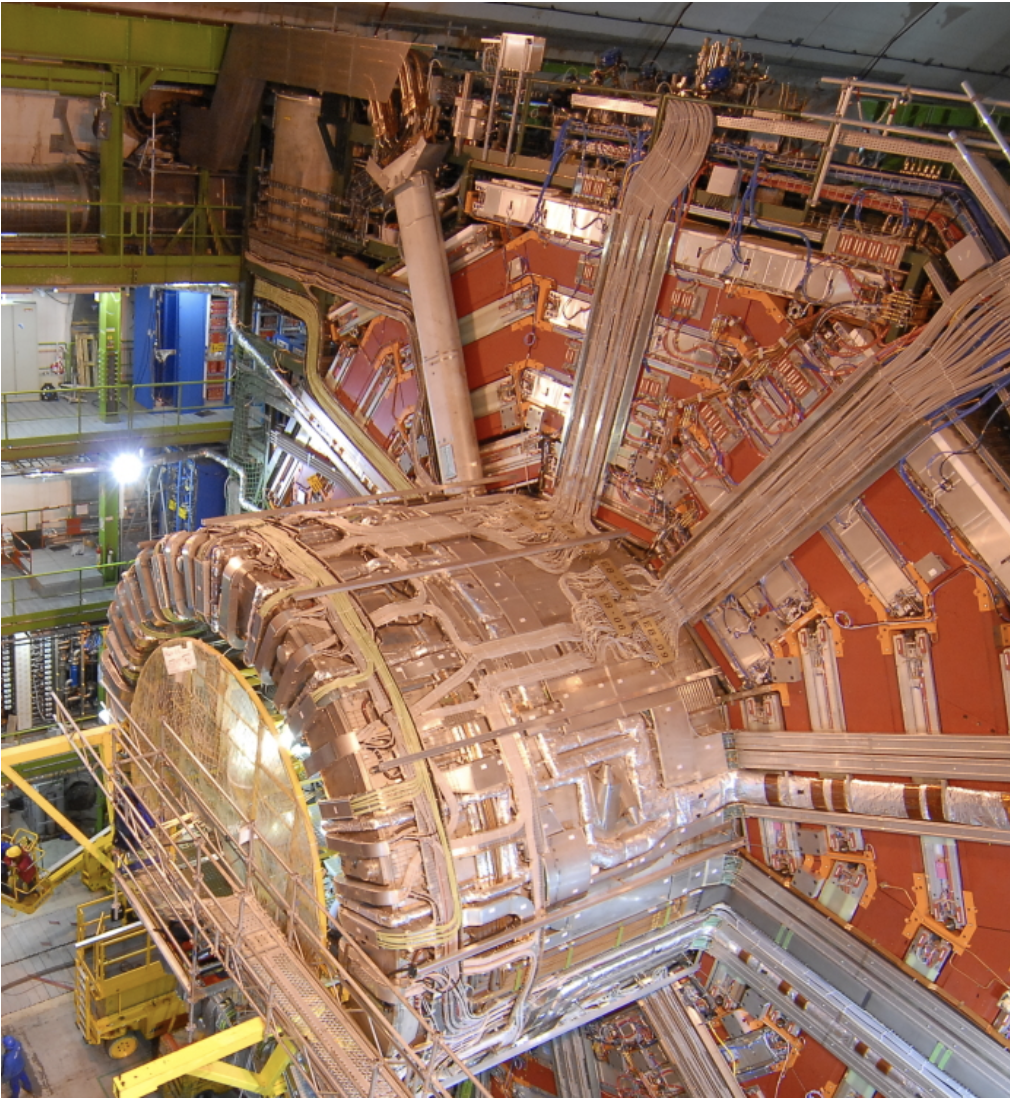 In parallel to this repair, the installation of the new free wheel thyristors (FWT) system took place on the powering circuit of the magnet to increase the magnet’s operational time and lifetime. The FWT system has been designed, built and commissioned by the SY-EPC group, specifically for the CMS magnet. The FWT has been implemented to reduce the number of magnetic on-off cycles causing mechanical stresses in the cold mass, therefore contributing to preserve the lifetime of the magnet. It also extends the magnet operational time at nominal field, avoiding the 8 hours duration of a full cycle caused by a magnet slow discharge followed by a ramp-up to 3.8T, when the CMS detector is not available for data taking during physics run. Several CERN groups took part in this project: EN-CV for the design and installation of a new dedicated cooling circuit, EN-EL for a new local backed-up electrical network, EP-CMX for the modifications of the powering busbars in USC55 to connect the FWT, EP-DT-DI for the new safety interlocks, and SY-EPC for the FWT itself and its control system interfacing with the existing 20kA power converter. 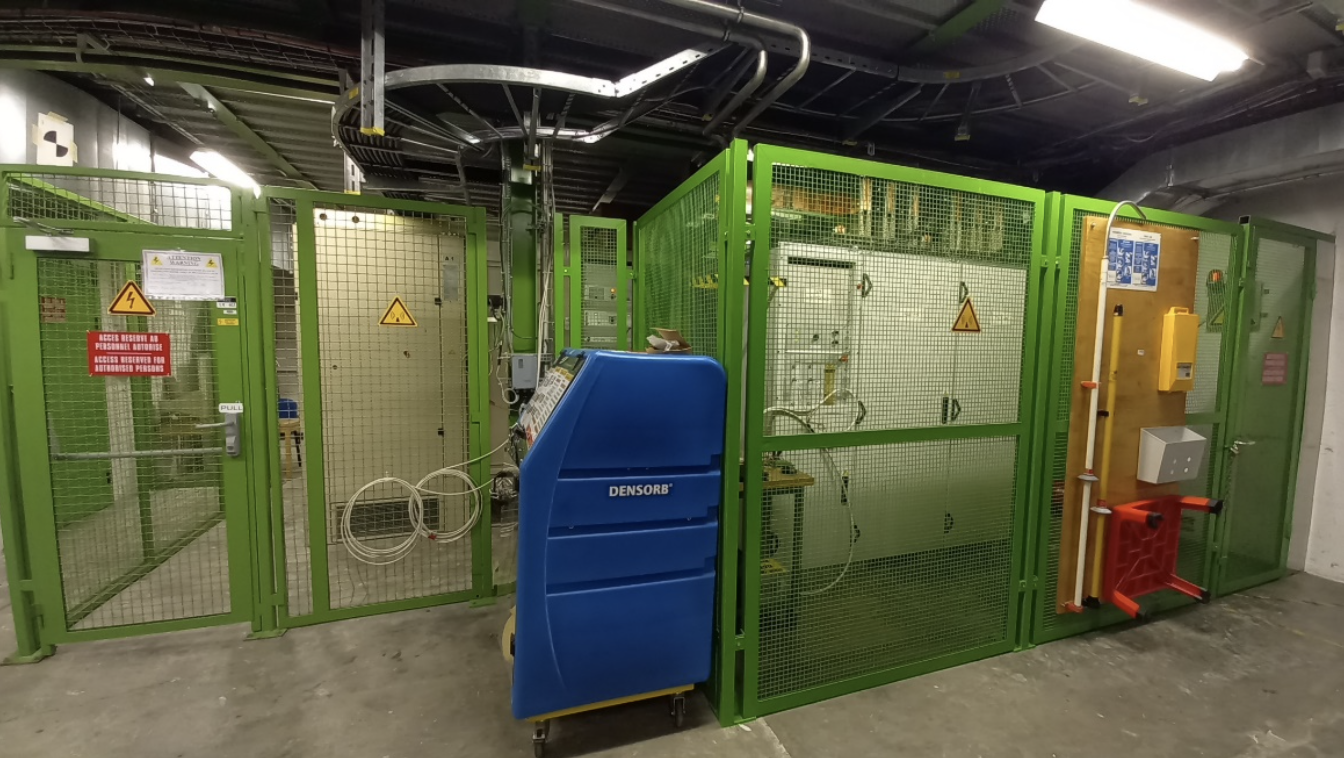 The control systems of the magnet and its vacuum were also fully upgraded during LS2 by the EP-DT-DI team with the installation of new PLCs, the integration of the new controls for the FWT and the modifications for the renewed vacuum circuit. The EP-DT-DI team was also in charge of the full upgrade of the CMS magnetic measurement system (Hall probes, flux-loops and NMRs), together with the integration of the magnet spare instrumentation into the magnet control system.

The TE-CRG operation team consolidated the filtering system with the implementation of a reduced mesh filter inside the coldbox to avoid the recurrent clogging of the turbine filters. They managed to validate it during LS2 despite the reduced cryoplant operation time at cold temperature due to the magnet warm up.

During the final commissioning of the CMS magnet in September 2021, the Magnet Safety System and the Magnet and Vacuum Control system were thoroughly checked and tested with simulated and real faulty conditions, triggering and checking all the interlocks of the action matrix. The FWT system was fully characterized, triggering it at intermediate current values covering the whole range from 1kA to nominal current. The performance of the cooling circuit was also checked both with real loads and in degraded conditions to validate the operational margins.

The magnet is now running stably at its nominal field of 3.8T, with its brand new FWT, control systems, and an excellent static insulation vacuum of 3.10-7 mbar at 4K, ready for beams and an excellent LHC Run 3.