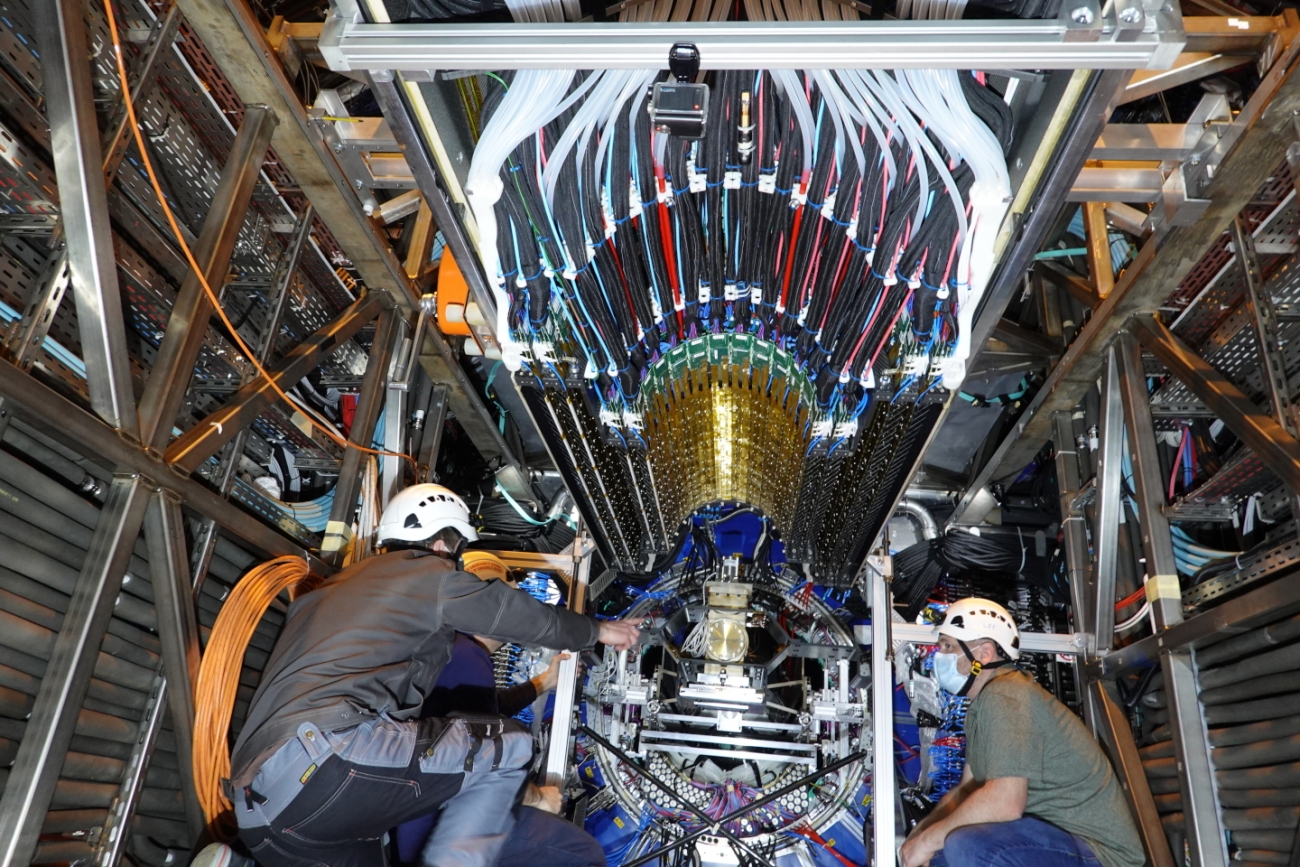 The new Inner Tracking System (ITS) of the ALICE detector was installed inside the Time Projection Chamber (TPC) in spring 2021. The new ITS consists of 7 layers of monolithic pixel sensors, named ALPIDE, tiled up on linear staves of different lengths as described in (ref Courier July/august 2021 “Alice tracks new territory”).

Fig1: The ITS Outer Barrel photographed during installation tests.

The new ALICE ITS, represents the largest tracking system fully made of silicon pixel sensors built so far, covering a surface of 10mq. In total the ITS consists of 12.5Gpixels arranged in 24000 sensors.

The installation procedure implied almost two months of continuous activities by expert teams in the ALICE cavern. First, the mechanical engineering team placed the 4 half barrels inside the TPC, carefully tuning their position at the level of tenths of millimeter. After each barrel installation, the detector experts supported by a team of electronics engineers finalised the connection of the detectors to the services: powering, cooling and read-out. A thorough verification campaign followed, to check connections and assure the functionality of all the various detector components.

Fig 2: a) Engineers crew during installation b) ITS IB and OB installed around the beam pipe.

The ITS was then ready for starting standalone tests with cosmic rays, in view of joining the other detectors for a common commissioning phase which started in July 2021. In this phase the ITS control tools were optimised to be ready for data taking with beam collisions.

In October 2021, the first pp Pilot beam collisions represented a fundamental occasion to reconstruct particle tracks originating from the interaction points in collisions at injection energy (900 GeV in the centre of mass). ITS succesfully tracked particles and recontructed vertices, as shown in fig 3-4, where ITS only information is used.

Fig. 3: longitudinal and transverse position of the primary vertices reconstructed by ITS.

The performance of the detector was further improved in the subsequent commissioning phase and was validated with the pilot collisions during the LHC beam commissioning in May and June, 2022. 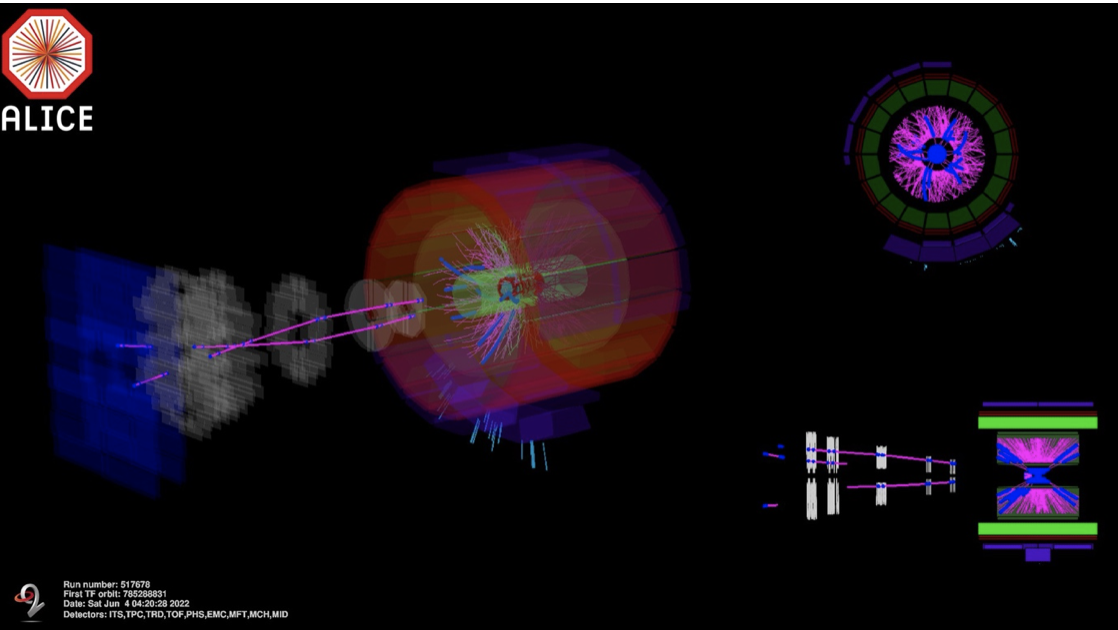 The commissioning continued all over the year and is about to be completed in view of the beginning of RUN3, with collisions at LHC top energy starting on July 5th, 2022.

A key element is represented by the calibration of every single channel in order to get a uniform response from the whole detector. Large efforts have been made to ensure full control and protection of the detector, and to guarantee safe operation. Millions of detector parameters can be set automatically and monitored in real-time. To better understand the detector performance and exploit the detector readout bandwidth, the test pulses of emulated pp and Pb-Pb patterns are being injected into the sensors’ front-end circuits to commission the detector with realistic data rates of RUN 3.

The ITS crew is working hard to get this amazing detector in perfect shape for that exciting moment, starting a new era for LHC and the ALICE experiment.