Higgs boson and the quest for new physics 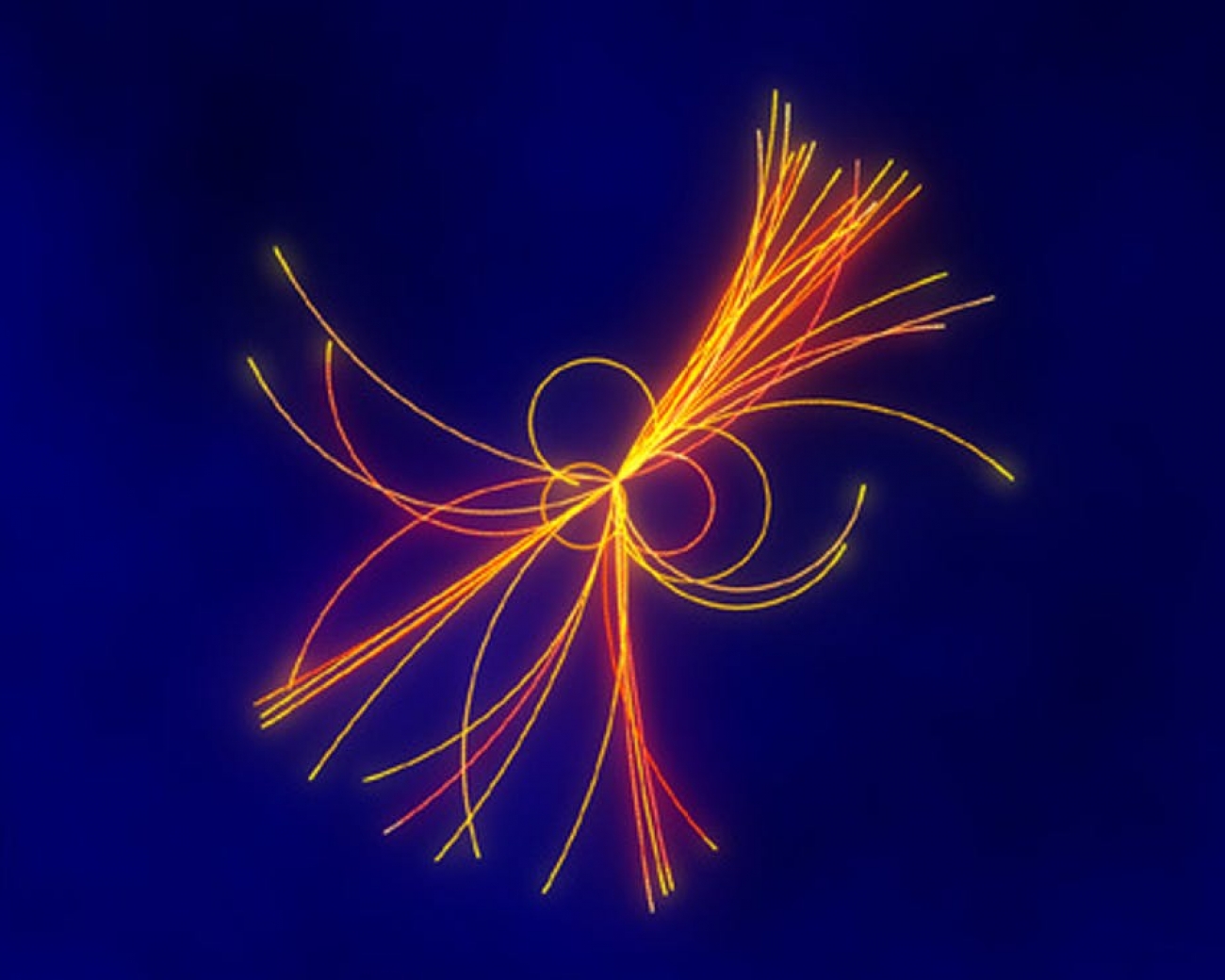 The discovery of a new particle in 2012 by the ATLAS and CMS experiments at CERN was just the beginning in understanding the properties of this particle and its potential link to some of the most pressing fundamental questions in modern physics. Following its discovery, the LHC experiments have measured the properties of the new particle in great detail, including its mass and its spin. They also studied the ways in which the new particle decays to other particles and how strongly it interacts with them. It took a whole year to complete these measurements and the conclusion was that this was indeed a Higgs boson predicted by the Standard Model. The confirmation from these measurements led to the Nobel prize being awarded jointly to Peter Higgs and Francois Englert in 2013. Since then, further detailed measurements over the last 10 years agree with the Standard Model predictions thus increasing the confidence that this is the Standard Model Higgs boson.

Although the Higgs closes the chapter called Standard Model of particle physics, it opens a new more exciting one. As Caterine Renieri reported in a previous issue of the EP newsletter: “It is no surprise, the understanding of the Higgs boson plays a unique role in the exploration of the energy and instrumentation frontiers at future colliders”. For instance, the theory predicts that the interactions of the Higgs with the other particles should drive its mass to an extremely high value; orders of magnitude larger than the measured one. Theories that attack this problem, such as supersymmetry and compositeness, are currently tested by the LHC experiments and it is certain that only more experimental data could provide an answer. Moreover, the Higgs can be linked to other open questions like the nature of Dark Matter. Considering the Higgs boson’s relation to mass, physicists have suggested that dark-matter particles could interact with the Higgs boson: a Higgs boson, when light enough, could transform (or “decay”) into dark-matter particles shortly after being produced in the LHC’s collisions. Although no excess has so far observed, the search has provided important constraints on low-mass dark matter, which complement direct searches for dark matter performed at other facilities. It was also an important demonstration of the novel techniques that scientists are applying in research at the LHC. Collecting more data by present and future experiments will allow to test these theories and may lead to a discovery or guide our theoretical development to new directions.

In the future, a "Higgs factory" may unlock the great potential of this new fundamental particle and provide more information on its interactions with the other particles of the Standard Model. This is one of the key recommendations of the 2021 update of the European Particle Physics Strategy.  In addition to the proposed Higgs factory, the high-luminosity upgrade of the LHC that is already in preparation should also contribute strongly to this goal.

At the heart of the proposed Higgs physics programme is the question of how the Higgs boson couples to Standard Model elementary particles. Within the SM itself, all these couplings are uniquely determined, but the presence of new physics beyond the SM (BSM) could modify these couplings in different ways. One important goal of the Higgs programme at a post-LHC collider is to identify, or at least provide stringent constraints on these deformations primarily from the measurements of the Higgs production cross section, σ, times decay branching ratio, BR.

In a recent paper “The Higgs boson implications and prospects for future discoveries” published in Nature Physics Review, Steven D. Bass, Albert De Roeck & Marumi Kado, review the Higgs boson physics with an outlook to the proposed experiments at HL-LHC and future colliders. Following an in-depth discussion of the role of the Higgs boson in the origin of mass, they review the 2012 discovery and summarize the measured properties of the Higgs boson and its interactions thanks to the data collected at the LHC - along with the SM predicted values. Furthermore, they discuss the importance of the Higgs self-coupling, a difficult measurement that could be performed with the highest accuracy in a future 100 TeV proton collider, as well as the results from searches of extra Higgs states of sources of CP violation in the Higgs sector. Finally, the list a number of open theoretical issues connected to the Higgs boson in particle physics and cosmology and end with a description of future measurements that might shed light on these questions and the cosmological implications of the Higgs boson.

You can read the full paper HERE.