New prospects for the Physics Beyond Colliders programme 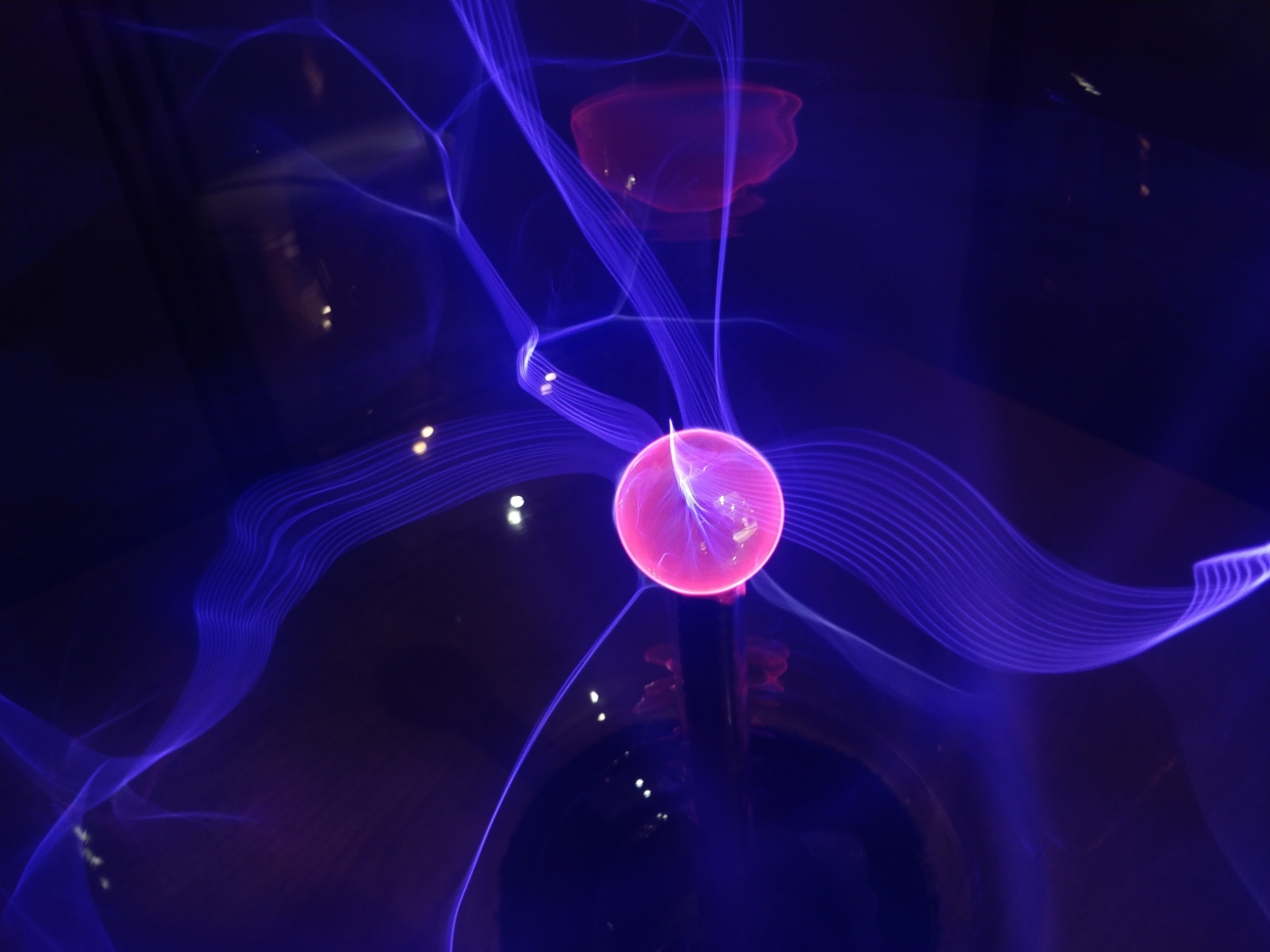 Particle physics is often equated with high energy collider experiments. However, over recent years it has become increasingly clear that high intensity and high precision experiments offer significant, complementary opportunities to explore physics beyond the Standard Model. CERN’s accelerator complex offers an unprecedented variety of beams and scientific tools that can contribute to this endeavour and allow the full scientific exploitation of CERN’s infrastructures in the LHC era. This vision informs the work of the Physics Beyond Colliders (PBC) study group that hosted its General Working Group meeting on the 2nd and 3rd of December. The meeting inaugurated the second PBC season, as reorganized after the European Strategy update following the successful PBC annual meeting in March 2021. It brought together close to 300 participants, shaping a vision for physics searches complementary to the LHC research programmes and other experimental efforts around the globe. Progress was reported by the various WGs both in Accelerator and Physics domains, pioneering novel probes of fundamental physics and the design of experiments that could open new windows into our universe. Detailed presentations took place over the two days of the meeting and they can be found on the indico website of the meeting (HERE). 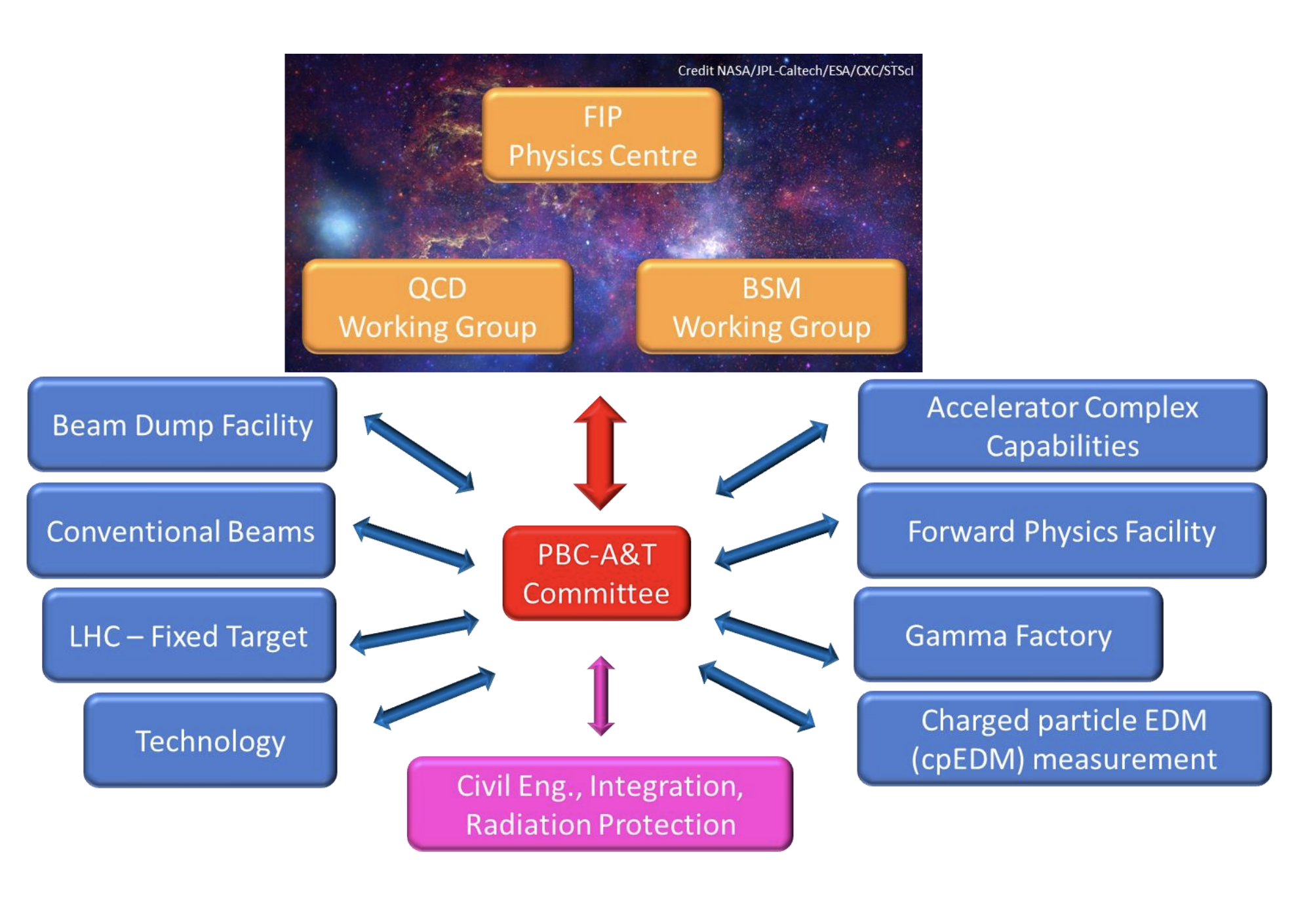 Physics activities under the umbrella of the PBC are organized in three pillars. The first one covers experimental searches for Beyond the Standard Model (BSM) ​​physics including the theoretical exploration of potential candidates - with the exception of feebly interacting particles that are explored in a separate group. Proposals have been submitted by a number of experiments at the SPS including NA64µ/h, True Muonium, NA62 high intensity / KLEVER, SHADOWS, SHiP. A wealth of presentations also covered possibilities at a proposed Forward Physics Facility at the LHC including FASER2, FORMOSA, FLArE, at large angle from LHC collisions with far detectors such as MATHUSLA, ANUBIS and CODEX-b, as well as experiments with novel neutrino beams ENUBET and NuTAG. In addition, the fundamental physics opportunities at AD, ISOLDE and nTOF were covered in dedicated talks. The second pillar focuses on experimental and theoretical aspects of QCD-oriented projects within the worldwide landscape. It covers experiments aiming at an improved understanding of QCD and its phenomenology, and those aiming to increase the sensitivity of searches for BSM physics by reducing uncertainties from strong interaction physics. The corresponding projects include experiments or facilities such as NA60++, NA61++, AMBER, LHCb-Fixed Target (FT), ALICE-FT, neutrino measurements at the Forward Physics Facility@LHC, and a dedicated Gamma Factory. Finally, within the umbrella of PBC the ​​Feebly Interacting Particles (FIP) Physics Centre, investigates the sensitivity to FIPs of PBC experiments and puts them in the worldwide context, recent FIPs theory progress and relevant results from neighbouring fields. It is worth noting that over the past year new proposals have been submitted, mainly on the BSM pillar concerning experiments using beams in the SPS North Experimental Area (i.e. SHADOWS and True Muonium), proposals for experiments installed in the Forward Physics Facility at LHC (such as FLArE and FORMOSA) as well as projects calling for a significant technological R&D (AION-100@CERN, Axion RF Heterodyne Detection and PTOLEMY). 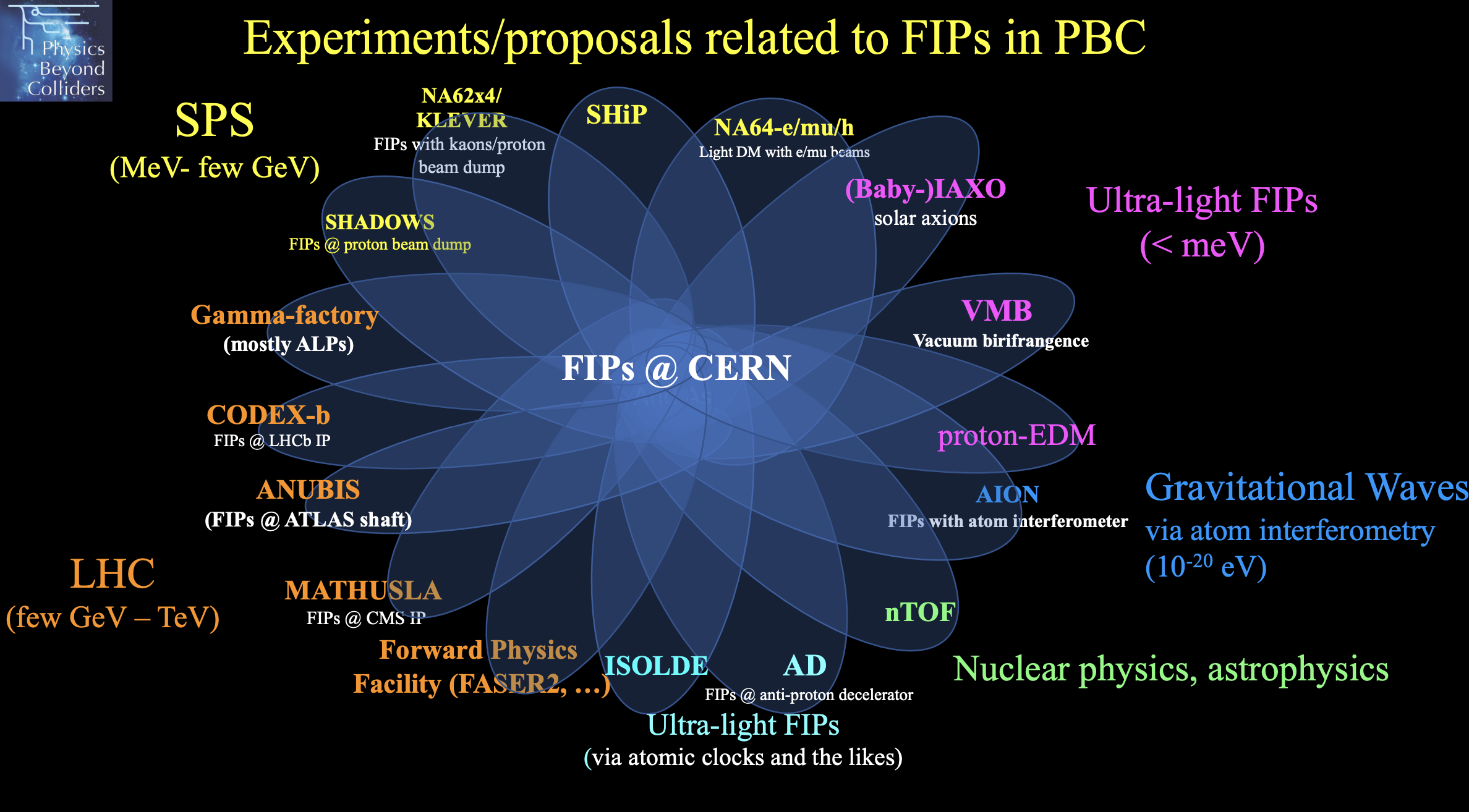 Figure 2. A global outlook of experimental proposals for search of  Feeble Interacting Particles (FIPs) at CERN (from Gaia Lanfranch's presentation).

Significant progress was also reported on the Accelerator side as the LHC injector chain progressively got back into operation after the LS2 extended upgrade. The aim of the 2021 run was twofold: the full recovery of the physics production beams to serve the FT experiments coming back online after the two-years stop as well as demonstrating the functionality of the LIU upgrades in producing LHC beams suitable for the HL-LHC era. Furthermore, the group works to understand the performance of fixed-target beams in CERN’s accelerator complex following the implemented upgrades and to propose alternative solutions aiming to optimize proton delivery among different physics users (proton sharing) and satisfy potential emerging physics requests. A detailed overview can be found in H. Bartosik presentation (HERE), co-convener of the PBC accelerator complex capabilities together with G. Rumolo. The work of the Beam Dump Facility (BDF) group has significantly advanced during the past year and will ramp up into 2022, with the support of newly arrived CERN fellows, focusing on beam delivery, target design and suppression of beam-induced background. Ongoing R&D will help achieving the specifications given by the SHiP collaboration and TauFV while also seeking synergies with other PBC WPs as shown in M. Fraser’s presentation (HERE). During 2021, the BDF TT90-ECN4 baseline option has been further solidified while also searching for alternative locations (CNGS, ECN3, WANF) with an eye on cost-saving potential. During the meeting, detailed discussions on the contributions towards a new storage ring took place. Envisioned as a global project, the EDM ring would allow measuring the possibly very small Electric Dipole Moment (EDM) of charged particles. This precise measurement would offer insights on the observed imbalance between matter and antimatter and reveal additional sources of CP violation while it could also offer the possibility of searching for possible interactions with the hypothesized axions. The next step proposed by the community, as described in C. Carli’s presentation (HERE), is the construction of a prototype ring that will allow gaining experience with operation of large scale high field electric rings and assessing the main limitations and deploy mitigation strategies. Rich activity, despite the restrictions imposed by the pandemic, was also reported by the conventional beam working group. The group continued analysing the requirements and supporting the design of secondary beam lines and integration in the SPS and PS experimental areas. As shown in the presentation by N. Charitonidis (HERE), in 2021 work focused on evaluating the compatibility and infrastructure needs along with the required resources to better understand the feasibility of various proposals. Moreover, the group developed new configurations for primary ion beams for the NA60++ experiment and reviewed novel neutrino beam line proposals from ENUBET and NUTAG.

The meeting offered the space for discussing future facilities. Among them a dedicated Forward Physics Facility (FPF) in light of the HL-LHC presented by J. Boyd (HERE) and a Gamma Factory presented by Y. Dutheil (HERE). The proposed FPF facility could house a suite of experiments searching for light-weakly interacting BSM particles that may be produced in the very forward region of the LHC collisions. This was the motivation for the recently installed FASER experiment, situated at a distance of 480m from IP1 in its line of sight (LoS) along the collision axis.  Such a location is also very interesting for neutrino experiments as there is a huge flux of high energy neutrinos of all flavours produced along the collision axis. Current proposals, for housing a dedicated FPF, include the alcoves in UJ12 cavern or a new cavern (~600m from IP1).  A Conceptual Design Report is in preparation taking into account the impact on the HL-LHC project while FPF physics also picked up significant traction during the ongoing Snowmass process among the US community. The next phase will include more detailed physics studies (with realistic experimental effects included) to bolster the physics case, a more solid experiment design to be fed into the next iteration of facility design and finally further studies on background radiation and mitigation measures like the installation of a sweeper magnet in the LHC tunnel. The Gamma Factory (GF) study group, in the framework of the PBC studies, demonstrated the capacity of the CERN accelerator complex to produce and store highly-charged atomic beams in its high-energy accelerator rings. This would provide novel research opportunities or significantly increase the precision of already ongoing research programmes in particle, nuclear, atomic and applied physics. Ongoing research could mark a couple of breakthroughs both on accelerator physics - if successfully demonstrate laser cooling of relativistic beams  - but also on atomic physics by investigating the feasibility of relativistic atomic physics measurements. Finally, S. Redaelli (HERE) detailed the status and future plans for the LHC Fixed Target studies, supporting the study of proposals for FT physics experiments at the LHC. Following the successful installation of the gas storage cell SMOG-2 in LHCb, novel ideas include future polarised gas targets. Moreover, activities on single- and double-crystal experiments are well established, with various challenges, and continue with the preparation of a beam test stand at the LHC, with a present focus on the beam-test setup for installation in LHC by 2023 to steer the finalisation of the hardware involved and consolidate performance reach.

Figure 3. Schematic showing a proposed new Forward Physics Facility to house a suite of experiments on the collision axis LOS (from J.Boyd's presentation).

Finally, an important aspect of PBC WG activities is the technology R&D. Technological innovations have the capability to significantly change how scientific investigations are key for delivering the diverse physics programme envisioned by the PBC community. Recent results were highlighted in S. Calatroni’s presentation (HERE). The group has been surveying technologies that could become relevant to CERN accelerator and non-accelerator projects while favouring the exchange of expertise in certain technological domains; including superconducting and normal conducting magnets, RF technology, cryogenics, vacuum and surface technology among others. Since its conception, the group has tried to identify and promote synergies within the PBC working groups while more recently also building ties with the  Quantum Sensing Initiatives at CERN supporting the development of new detection methods. This interaction was also easen through a number of topical workshops, launched this autumn, fostering the interaction between physicists that seek to interface with CERN expertise in advanced technology, within the relevant technical departments at CERN. Experiments considered under the Technology WG are: Grenoble Haloscope (GrAHal), ALPS-II/Jura, VMB@CERN, DarkSide, Carbon NanoTubes, PTOLEMY, STAX, Advanced-KWISP, babyIAXO, RADES/HTS while discussions are ongoing for the Axion Heterodyne Detection and AION-100 @CERN. A deeper review of all experiments was given in Spring 2021 (HERE) as well as during the PBC Technology kick-off meeting.

The rich and lively discussions during December’s PBC General Meeting allowed sharing insights and experimental techniques and testify the versatility of approaches in searching for new physics beyond the Standard Model. Although future high-intensity and high-energy colliders will continue to be an indispensable and irreplaceable microscope to scrutinise nature at the smallest scales, one should not oversee the plethora of approaches opened by large-scale facilities profiting from their accelerator complex and scientific infrastructure. The present landscape in particle physics calls for the wider possible experimental programme and the work of the PBC group puts this effort on track, opening alternative ways to look for fundamental physics. Become part of this effort and submit your proposal via the dedicated webform.

Note: The author would like to thank Gianluigi Arduini (CERN), Joerg Jaeckel (Uni. Heidelberg) and Claude Vallee (CPPM Marseille), Conveners of the PBC study group for their invaluable contributions in the preparation of this article.