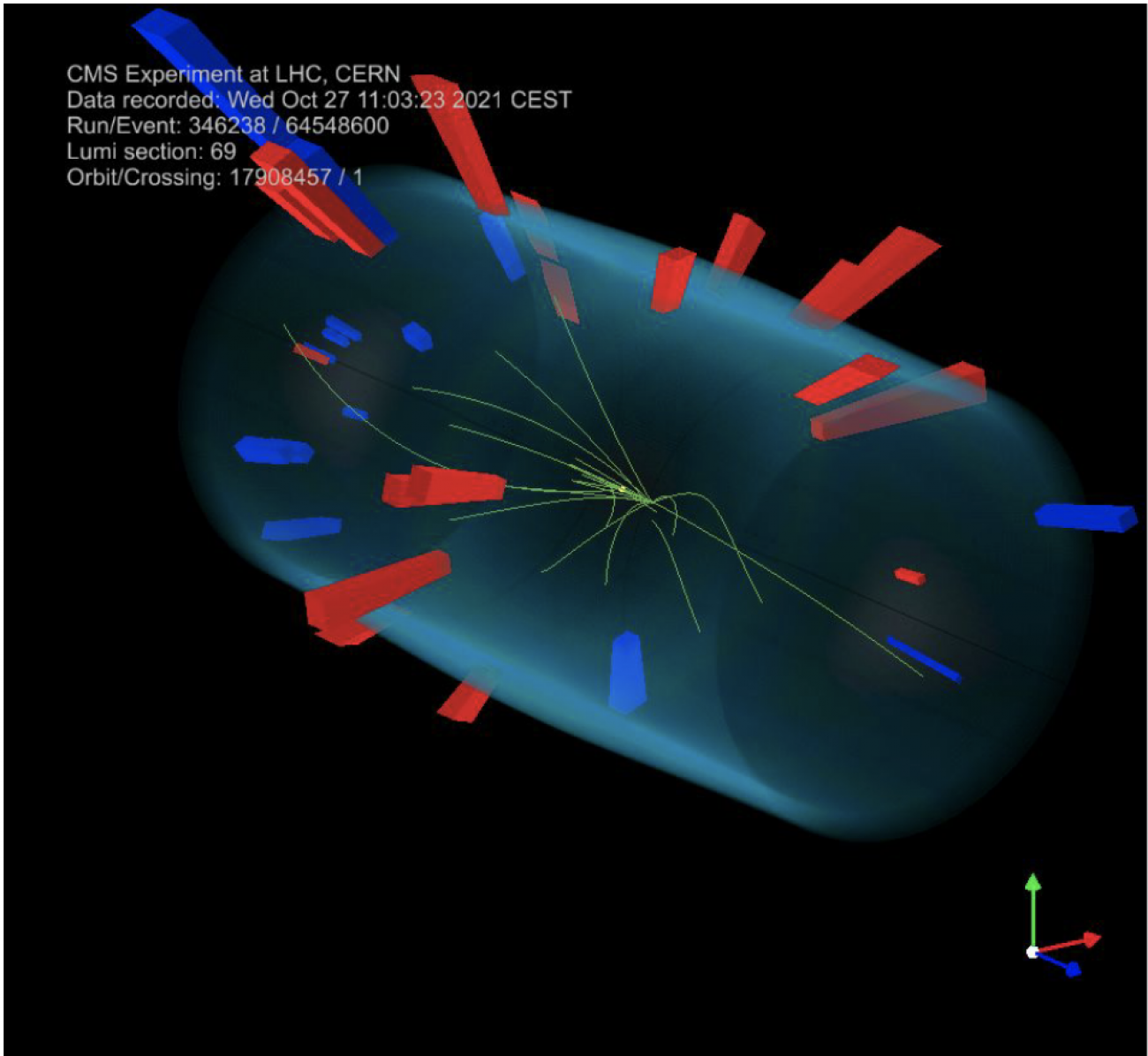 The Long Shutdown 2 (LS2) is almost over and CERN, along with the experiments at the Large Hadron Collider (LHC), is preparing to welcome the Run 3 next year. As part of the preparation for Run 3, during the last two weeks of October, LHC circulated low-energy proton beams in the machine, 450 GeV for each beam. When beams circulate at the LHC, without declaring stable beam collisions we need to switch off the detectors closest to the beam pipe, as well some particularly delicate part of our equipment. However, this low-energy run allowed us to test several aspects of the data taking, such as all the protection equipment, the procedures, and also train new colleagues in preparation for Run 3. In some occasions, the collimators near the CMS cavern have been closed during the LHC commissioning and a shower of muons was then flushed on CMS horizontally, and measured by the calorimeters of CMS, as shown in Figure.1 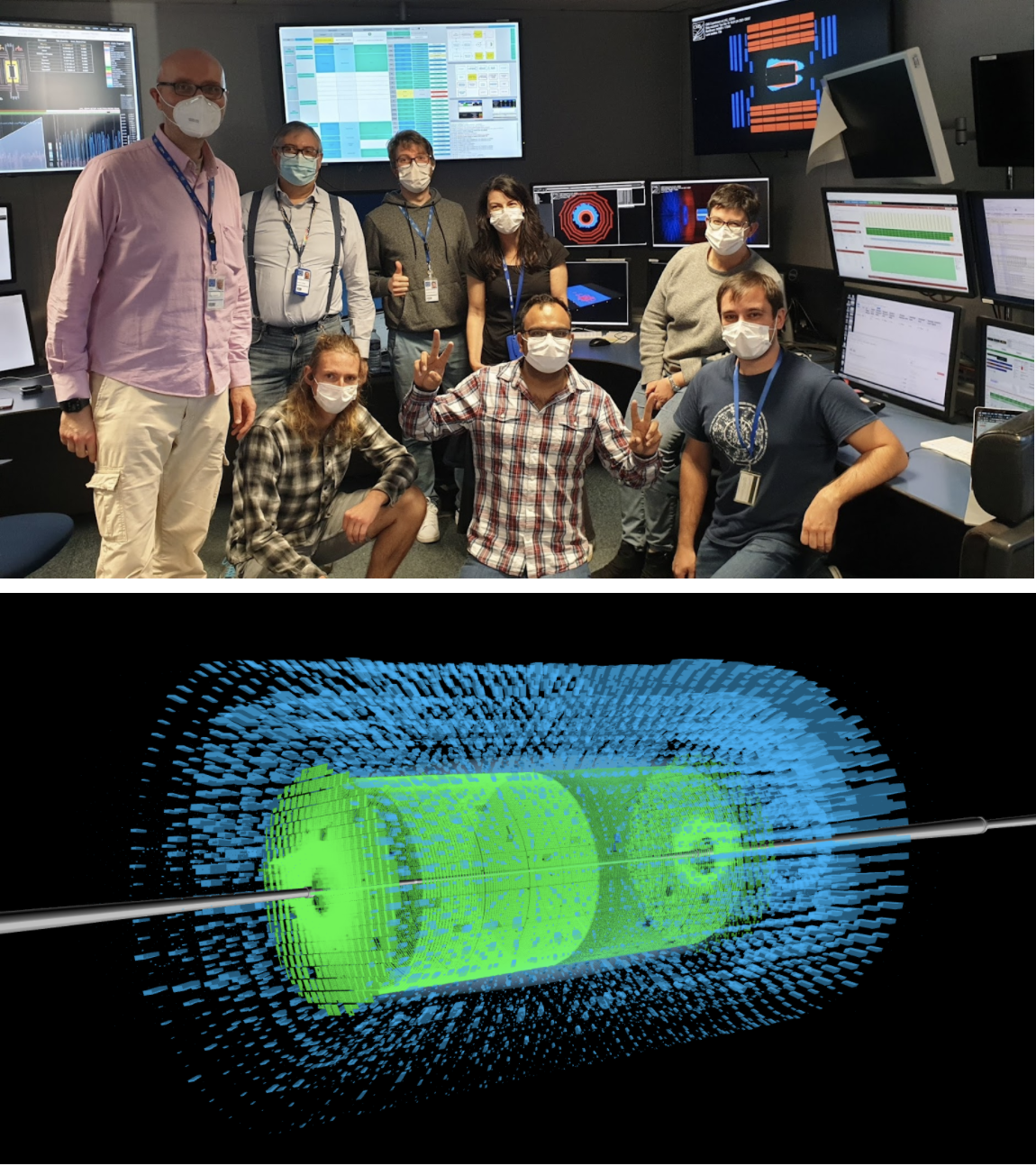 Figure 1. On the left members of CMS crew waiting and enjoying splashes, on the right a splash event recorded by CMS

Since the muons are produced at the same time, and they fly roughly at the speed of light, they are showering over CMS synchronously, all interacting with the detectors at the same time. These data are extremely useful for CMS, since they correspond to synchronized events, that can be used to time-in the different components of our detector, as well as checking the well functioning of all systems after 3 years of Long Shutdown.

In moments when the beam was not circulating, CMS exploited cosmic muons to align its detectors. Taking advantage of the 3.8 Tesla solenoid, it was possible to bend the cosmic muons and measure their passage through the different detectors. By the end of October, the data from about 1 millions tracks have been used to improve the alignment of the tracking system, in preparation for Run 3. The alignment is critical to reconstruct efficiently tracks coming from collisions and measuring the transverse momentum of charged particles. A similar alignment campaign was performed last summer without the presence of magnetic field, helping to improve the conditions of our tracking system. In addition, several stress tests of the systems have been performed, checking the details of all new and old detectors in CMS. 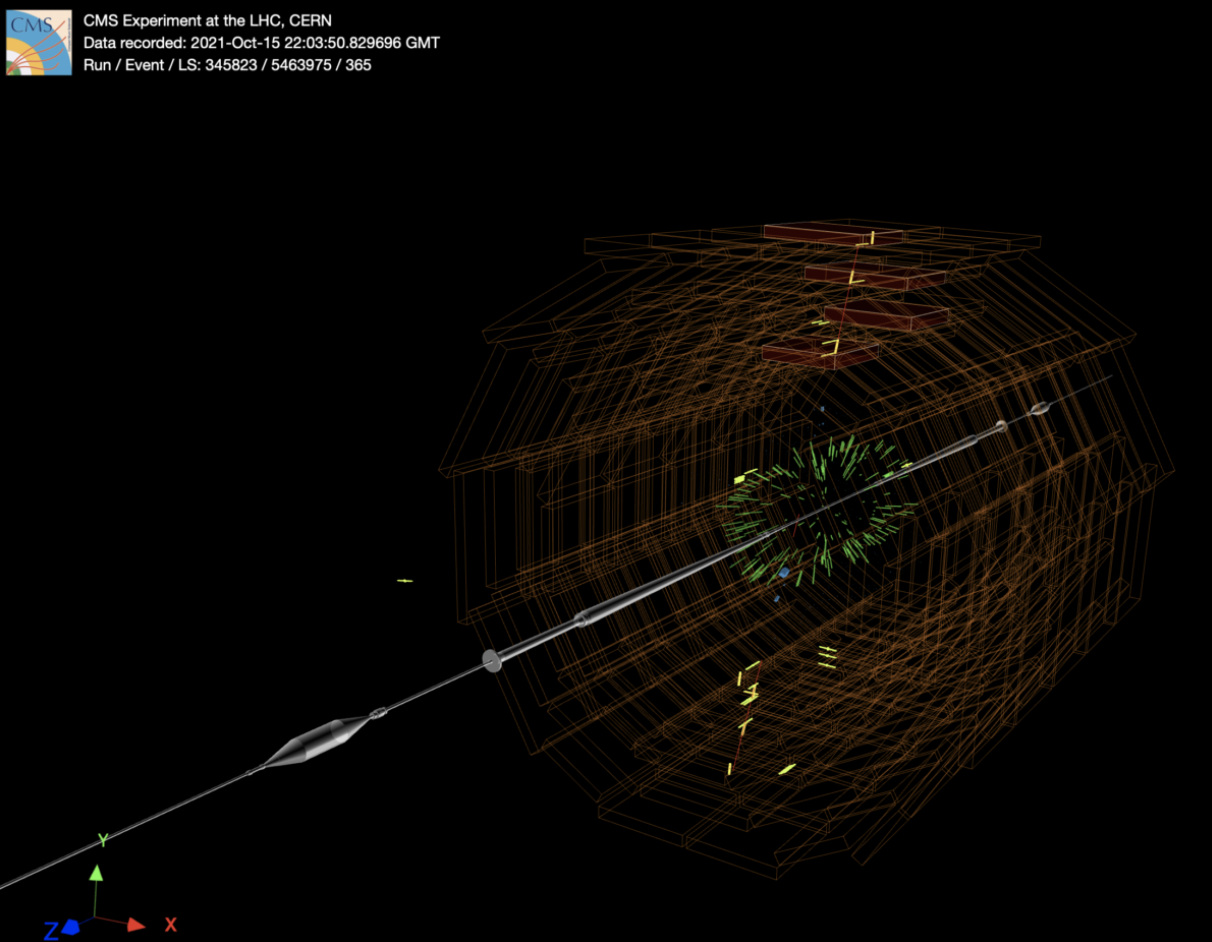 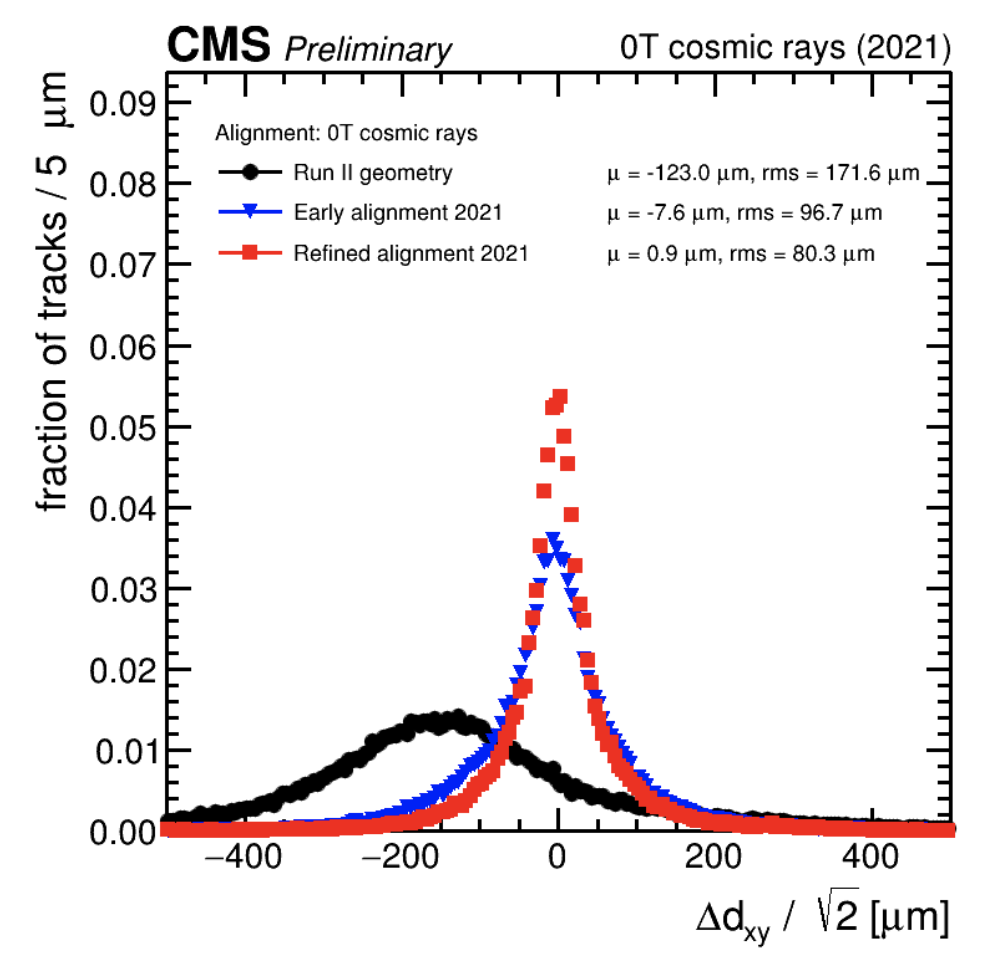 During the last ten days of October, LHC also provided injection energy low intensity collisions: they were very useful to further check the performance and stability of the CMS subdetectors.These data have been used to synchronize the different detectors, to fine tune some of the new components, such as the new CMS pixel tracker and the Gas Electron Multipliers (GEM) detectors, that will be used extensively during Run 3. Furthermore, collision data, with several tracks coming from the interaction point, have been used to align the detector and in particular the pixels, which are able to "see" all the tracks coming from the collision vertices. These data enabled pixel module level alignment as well as further refinement of the tracker silicon strips.

Furthemore, test beams offered a unique opportunity to test new reconstruction methods that the CMS collaboration plans to exploit during Run 3, such as the heterogeneous approach for HLT and some of the detector’s reconstruction algorithms. This upgrade, whose full exploitation will be needed for HL-LHC phase, will be already partially used during Run 3, with the current detectors. First data indicated a good performance while further checks are planned over the coming months.

Another achievement, was the update of the Beam Radiation, Instrumentation, and Luminosity (BRIL) system. In addition the pilot beams presented a test for the newly installed detectors during LS2. 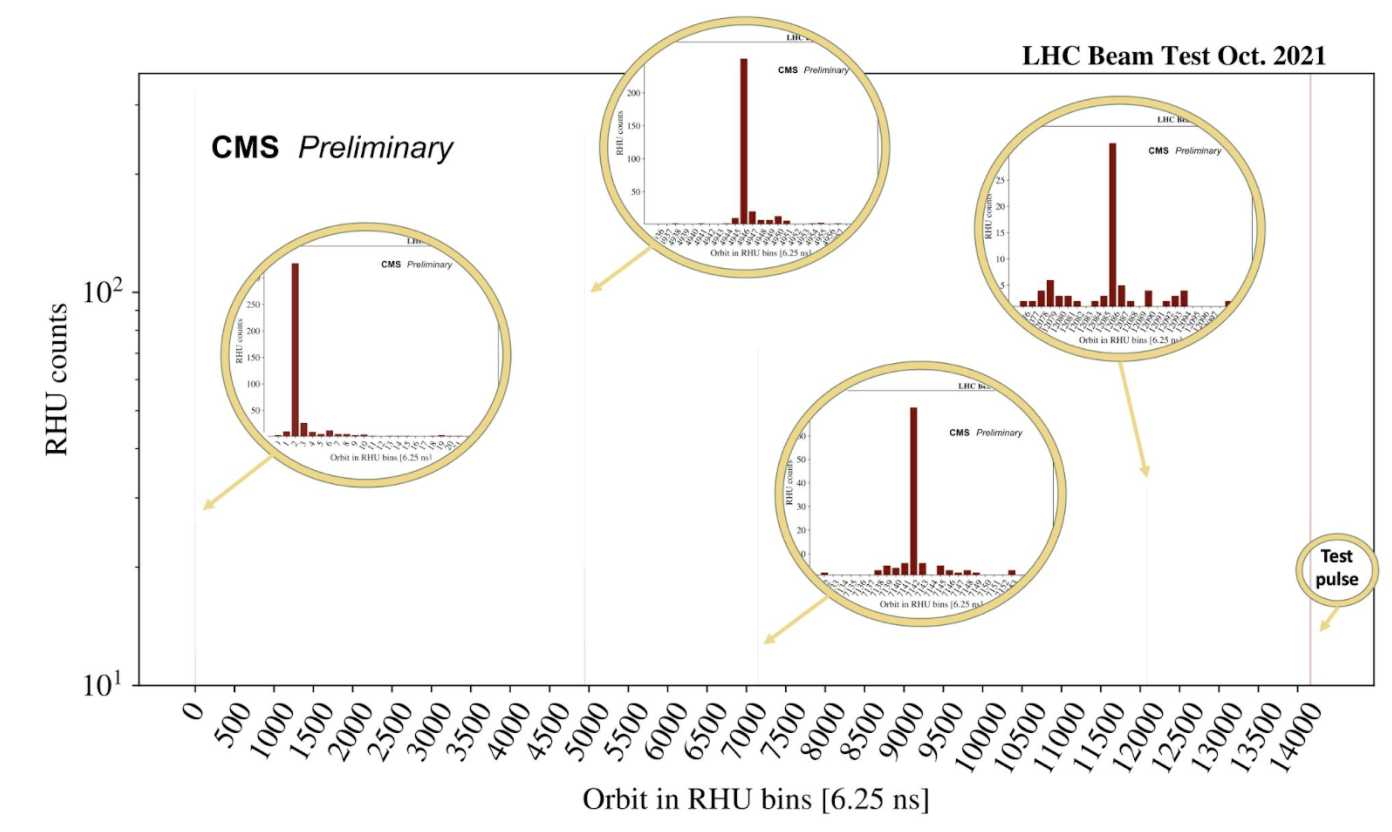 Figure 4. Bril was able see the different bunches in LHC and give feedback to LHC. During normal LHC operations almost all “bunch crossings” are filled, while in this case only up to 4, as shown in the plot above. The highest peak located at the end of the orbit (in the abort gap) is generated by the external test pulse. Two high peaks correspond to the colliding BCIDs: 1 and 1237 in the orbit. Two lower peaks correspond to the background signal generated by unpaired bunches (BCID1786 and BCID3022).

Last but not least, the pilot beam tests were an opportunity for testing the operations in the CMS control room. Shifters were present, though reduced to the bare minimum due to Covid19 restrictions, as well as remotely from different countries all around the world! The full reconstruction and data flow, including data transfer, calibration, and the prompt reconstruction at Tier 0 were tested. 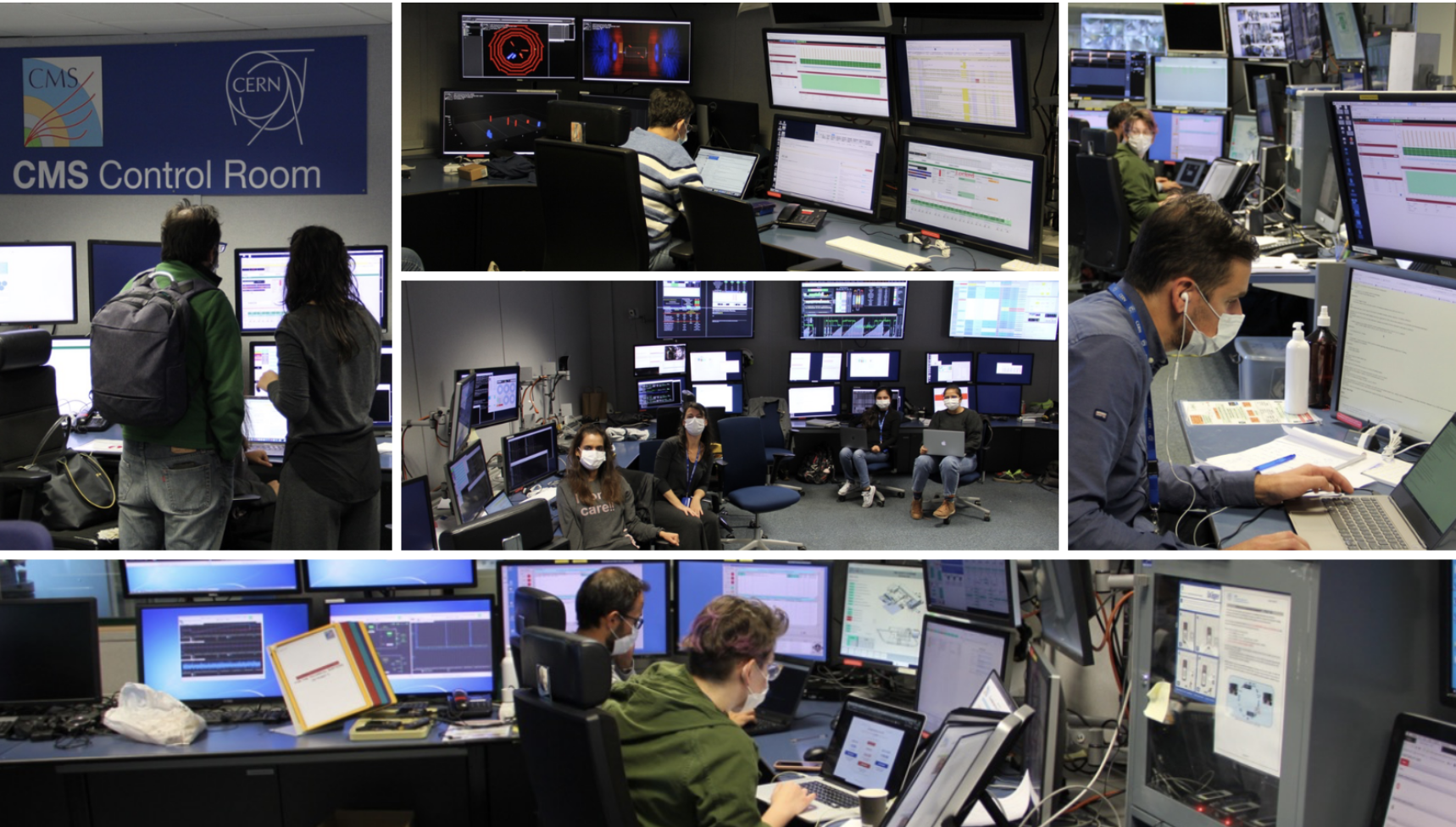 Figure 5. CMS members working in the control room during the pilot beams

The CMS detectors are in great shape: a last check and final updates in the next months, and we will be ready for Run 3!